Home » Psychological thriller movies: 10 of them you can’t absolutely miss 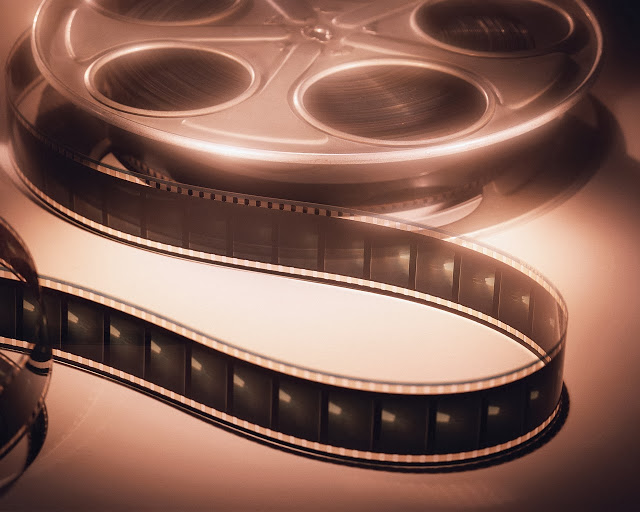 I am an inveterate cinephile, I admit it. Whenever I have a couple of spare hours, I love preparing a cup of hot chocolate, wrap myself in a blanket and push the play button of my DVD player. I confess that I prefer watching movies in the afternoon, because sleepiness at night plays always tricks on me and makes me miss many details.

As I recently recommended 7 books of Psychology that, in my opinion, are perfect to get deeply into this science, now I would like to recommend some perfect thriller movies to help us discover the secrets of our mind.

I recognize that some of these psychological thriller movies could not escape certain clichés while others are truly heartbreaking. There is something for everyone. I truly hope you enjoy them.

With Anthony Hopkins and Cuba Gooding Jr. The two share a co-starring role, and this could generate high expectations, and the fact is that, this movie has managed to comply fully with them. Cuba Gooding Jr. is a promising young psychiatrist who delves deeper into the secrets of the mind of an anthropologist (Anthony Hopkins) who has been accused of killing and injuring some rangers in Africa. However, what could be a regular professional psychiatric visit in a prison, slowly becomes a journey into the darkest soul of our society, where our desire for obtaining power and control on everything is a continue challenge. A film that won’t let you indifferent, especially for the questions it generates.

Anticipated by the Sylvia Nasar’s novel, who had been nominated for the Pulitzer Prize, and this time the movie wasn’t less impacting than the book. As a matter of fact, it won the Oscar for Best Picture the same year along with other prizes. Russell Crowe plays John Forbes Nash, the Nobel Prize in Economics suffering from schizophrenia. The movie is a fascinating journey into the mysteries of this disease, it glimpse the darker stages but it is also an ode to hope, and at the end it tries to strip schizophrenia negative halo with which our society has been coated.

There’re movies that I’m never tired of seeing once and once again, and this is definitely one of them, perhaps because we’ve all been so close to mental illness that we’ve wondered on more than one occasion: who has the “reality” on hand? This is precisely the theme of the movie: Kevin Spacey, who plays a patient apparently suffering from some kind of psychosis, says he’s from another planet and eventually leave the Earth. Jeff Bridges, the psychiatrist, attempts to establish contact with reality, but as he is within the psychiatric hospital while trying to treat him, his beliefs begin to falter.

With Jack Nicholson in the title role, supported by an excellent Danny DeVito and an impeccable Louise Fletcher. It is not surprising at all that this film has become the second to get the five major Academy Awards. His pace is a little slow at first but then he catches a crescendo of emotions. Almost the entire movie takes place in a psychiatric hospital, when Jack Nicholson have to be evaluated to establish if he really suffers of a mental illness or is only pretending it, as he has been accused of rape. With this story, funny and heartbreaking at the same time, we’re dipping into the conflicts of a psychiatric institution. Was Jack Nicholson a free spirit who succumbed to the pressure of inflexible rules or is actually suffering from a psychiatric disorder?

Starring Natalie Portman (who won the Oscar for her performance), Mila Kunis and Vincent Cassel. This is one of those movies that you hate or love, there is no middle ground, as for all the movies of Darren Aronofsky, the director. Exhausted by the pressure of his career as a dancer and by competition from Mila Kunis, Natalie Portman starts to experience as her physical and mental strength will be eroded while his dark side begins to emerge until she suffers a true psychotic break.

This German movie is based on the famous prison experiment that Zimbardo conducted in the early seventies. This is a great movie where you can see with absolute precision the changes that are happening inside persons while under stress: prisoners and the guards. The relationship established between them prompts us to reflect on social roles, norms and the nature of human beings.

This movie comes with an excellent introduction: 9 Oscar Nominations and, as if that were not enough, among the actors we find Matt Damon, Ben Affleck and Robin Williams. Matt Damon is a brilliant young man belonging to the low-class workers of the Boston suburbs who wasted his talent working as a janitor at a university. One day he succeeds solving a complex mathematical problem and the school professor, after discovering it, takes him under his wing.

However, when the young man faces the possibility of being jailed for some previous small crime, the professor virtually force him to go seeing Robin Williams, a peculiar psychiatrist who manages to find the best way to reach the deep unconscious of the young boy helping him to resolve his interior conflicts. The funny thing is that the psychiatrist is not free of personal ghosts from the past and these came off during the unusual therapeutic relationship.

This movie has a wonderful cast, including Winona Ryder, Whoopi Goldberg, Brittany Murphy and Angelina Jolie, who won an Oscar for best supporting actress. In this movie you can encounter the various disorders, from bulimia to sociopathy, not to mention severe depression and borderline personality disorder. However, the most interesting part is that the movie was based on the memoirs of Susanna Kaysen, who was a patient in a psychiatric hospital in the sixties, which is precisely the time when the film elapses.

Directed by Martin Scorsese and with starring Leonardo DiCaprio, is one of those movies you hate or love, but to realize it, you have to go all the way through it. Leonardo DiCaprio lands on an island where there is a psychiatric center to investigate an alleged murder, but in the same measure as the plot progresses everything gets complicated, and the memories of the past come to mind to remind him a murder he committed in the past. However, DiCaprio refuses to accept his share of responsibility and runs constantly away from what he considers to be just disturbing dreams. At a certain point, the movie becomes predictable but, I suggest you not to abandon it, because the last scene makes all the time spent on it definitely worthwhile.

Generally, I don’t like violent movies, but if talking about psychological movies I miss to mention this title I’m in serious risk of being lynched. In fact, I myself succumbed the attraction exerted by the first actors: Jodie Foster and Anthony Hopkins, the second is a clever psychiatrist (Hannibal Lecter) who’s now in jail for murder, while Jodie Foster turns to him for ask his help to catch a serial murderer. Perhaps, needless to say it has been the third movie to reach the top five Academy Awards, so is always worth spending a few hours on it.