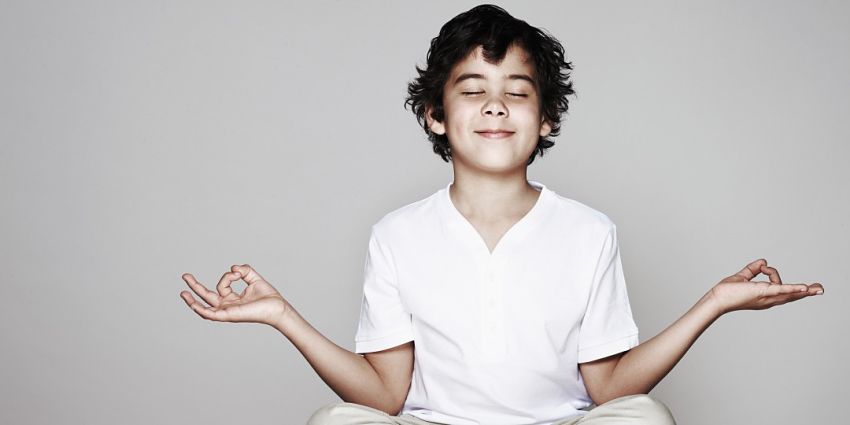 Teaching self-control activities for children is one of the greatest gifts we can give them. In fact, self-control is one of the most important life skills and a predictor of the success we can have. This has been demonstrated by a classical psychology experiment developed in the late 60’s at Stanford University.

Walter Mischel recruited 4-year-old children to carry out his experiment. When the children entered the room they found a table on which there was a sweetie and a bell. The psychologist told them he had to leave the room for a few minutes and that if they could resist the temptation and not eat the sweetie, when he returned he would give them two sweeties instead of one. He also told them they could ring the bell to call him, but in that case they could just have eaten the sweetie on the table. In practice, the children realized that if they waited patiently and repressed their impulses, the reward would be greater.

As expected, one third of the children decided to eat the sweetie immediately and another third waited a while before playing the bell. However, there was a group of children who patiently waited for the highest reward.

Ten years later, this psychologist contacted the parents of the children who participated in the experiment. He then discovered that children with greater self-control had become independent teenagers, with intrinsic motivation, capable of coping with difficulties and failures. On the contrary, the children who immediately gave up to their impulses became less tolerant to frustration, more disorganized and with a predominantly extrinsic motivation.

These results, which have since been replicated in other experiments, suggest that self-control is formed at an early age and is a cornerstone of the personality and the way to react to the challenges of life. The good news is that there are several self-control activities for children so that they can learn how to control their impulses and manage their emotions even when they are younger.

First of all, it is crucial to understand that self-control is the ability to regulate emotions, thoughts, and behaviors in front of temptations and impulses. It is an executive function that helps us adjust our first responses to achieve the goals or better adapt our behavior to the environment.

However, self-control is a complex ability in which other skills are involved:

1. Introspection. To exercise self-control, you must first be able to recognize emotional states and stop before reaching the point of no return. This means that it is essential to develop self-observation or introspection capabilities.

2. Pulse block. At a later point, you need to block the pulses so you can think of a better response. The ability to block instinctive reactions does not develop completely until the age of 7, when the prefrontal lobes are mature enough but can be stimulated even at an early age.

3. Auto-reinforcement. Finally, it is important to understand that self-control is not an inexhaustible capacity, it is necessary to go hand in hand with self-motivation. It means that the child should feel satisfied with his results, perceive that he is moving in the right direction, so you need to reward him and congratulate him for his achievements.

1. Game of the statues

It’s a funny and very effective technique to develop self-control in younger children. It consists of the fact that the child remains motionless when he or she hear the word “statue”. To further complicate the game, you may include grimace or strange movements to try to make the baby laugh.

The goal of this technique is that the child learns to control his impulses, thus stimulating the development of prefrontal brain areas that do not mature until about 7 years of age.

The goal of this technique is to promote the child’s emotional awareness, making him develop introspection. At the beginning he has to be guided, so it is important to sit next to him and ask him how he feels at the moment. You can ask, “What is the weather inside there?”

If he feels relaxed and calm he can say that the sun shines, if is worried can say that there are clouds and if he feels very tense that is about to start raining. The idea of ​​this technique is that he observes the “weather” that is inside him but without attaching to those moods.

In this way he will learn to quickly identify the signs of anger and rage, increasing his emotional awareness.

It is a very effective self-control activity for children, especially in those moments when the child seems to be exploding. The idea is to use images to make him aware of his behavior so that the child can perceive when he is behaving improperly and stop before reaching the point of no return.

We ask him to imagine his interior as if it were a volcano, which contains all its strength and energy. It has to be explained to him that, like the volcanoes, his inner volcano also loses control and erupts, causing his emotions to explode. This will teach him to distinguish anger, rage, irritability, or frustration.

It is a holistic self-control technique that uses sensory stimuli, perfect for children who calm down through the senses. You just need to find the most relaxing stimulus for each of them.

Some can calm themselves by playing with water, adding a little soap to it to get foam or bubbles. Others relax by playing with sand. The key is that the most sensitive children have a lot of fun with different materials and aromas, so they can be used to calm their emotions.

This self-control technique for kids pursues the goal of reaching calm by regulating breathing. But since it is difficult for small children to use diaphragmatic respiratory techniques designed for adults, this is a fun version suitable for them.

It consists in imaging bubbles, for which the child will have to control his breath. It will have to blow gently so the bubbles will form. At first we can accompany him and show him how to do it.

The interesting thing is that by controlling the breathing you can balance many other functions of the body, such as heart rhythm, so that little by little the anger and anxiety disappear.

The goal of this technique is to make the child understand how to learn to breathe deeply and give a positive output to emotional states. It is explained to him that he can imitate a frog, an animal capable of making big leaps, but also being very quiet, observing what is happening around him without reacting immediately.

So he is asked to breathe like a frog, slowly, by inhaling the air through his nose while as he swells his belly and releasing it gently through his mouth as he deflates. While breathing like a frog, many thoughts may appear in his mind, so you teach him to notice them and let them go, focusing only on the breath and the tummy movement.

This self-control technique for adults also works for children. In fact, we can help them build their own anti-stress ball, a simple and fun thing.

You need to have a thick balloon, or put one inside the other to make it more solid and fill it with rice or sand. It is important that the ball is not too big because it must fit the palm of the child’s hand. He can also paint on it a face or personalize it as he prefers.

Then, when he feels tense, anxious, frustrated, or irritated, he just has to take the anti-stress ball and play with it.

This technique should be part of the educational resources of all parents because it works just like yoga, meditation or relaxation, helping to free the mind. The secret lies in the fact that the movements of the purple inside the bottle have an almost hypnotic effect that captures the attention and helps the kid to free the mind from all those thoughts that fuel anger or anxiety.

To prepare the jar of calm you have to fill a bottle of transparent plastic half with hot water and then add a little of transparent liquid glue and glycerin, the glue will make the water become denser, so the more you put in it and the slower it will be the movement of small grain of purplish.Then add the purplish and a little bit of water, leaving a finger so the content has space to move. When the kid needs it, he can shake the jar of calm and relax.

It is a self-control technique for children to learn how to adjust their impulsive behaviors and anger explosions. To apply it, the hyperactive child must learn to identify the signs indicating that he is angry or irritated. When he perceives them, he has to “act” as if he were a traffic light.

At first, it is advisable to accompany the child, teaching him to identify the signs of anger or irritation and apply the colors of the traffic light together with him.

10. The Wheel of Chances

It is a self-control technique that consists in creating together with the child a wheel that represents a list of possible activities that can make him calm down when he feels angry or frustrated. The wheel will be shaped like a cake and drawn on a cardboard, where small spaces will be drawn where the activities are written or, if the kid is very small, he’ll be asked to draw or paste a photo that represents them.

Some examples of anger-related activities can be: drawing, counting up to ten, jumping, listening to his favorite music … Any activity that helps him relax is ok, as long as it does not compromise the integrity of the child or those near him.

It is important that the child strives to propose activities that relax him. Then, when he feels frustrated or angry, he will only have to turn the wheel of possibilities and accomplish the activity that matches him.