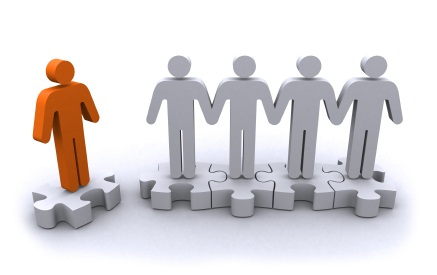 Anxiety is a feeling of diffuse anguish which can often cause several physical symptoms, such as tachycardia, shortness of breath or excessive sweating. Quite often people are unable to determine exactly which situations unleashed anxiety, but sometimes they can, they realize that these symptoms appear only when they have to deal with social situations. They suffer of what is known as social anxiety.

The vicious cycle of social anxiety

Social anxiety often is preceded by mental distress that is normally caused by negative thoughts that trigger a chain reaction. These people anticipate the situation and begin to wonder if they look good, properly dressed, if they can talk without stuttering, if the others would perceive them too boring or nervous… Someway they will be generating great expectations to the idea that the others will be forming about them.

These thoughts will trigger a series of reactions at physiological level; such as difficulty breathing, chest pain sensation, palpitations, nausea, dizziness, sweating and redness. These symptoms will usually be accompanied by the acceleration of thought or the feeling that the mind is clouded.

Obviously, these symptoms are unpleasant, so many people choose the easiest escape: avoid them. How they do that? Avoiding, as much as possible, all social situations that cause them anxiety. Gradually, they close themselves up into their world and prevent a great number of situations. In the most extreme cases, they reach an almost complete isolation, by the moment these persons maintains relationships only with a few acquaintances that normally assist them in tasks that demand interpersonal relationship.

It is worth mentioning that, trying to avoid social situations is a perfectly normal response, because we all tend to avoid suffering. But that doesn’t mean it’s the ideal solution, but rather the opposite, because the quality of life will be drastically reduced. Avoiding social situations is a double-edged sword which can only add fuel to the fire of social anxiety. The good news are that with the right weapons, it is possible to overcome social anxiety.

As you may have noticed, social anxiety is triggered from your own thoughts, therefore, it’s not something that happens at random but it is you who feeds it. That means you can also control it.

Of course, overcome social anxiety trying to control these thoughts is quite difficult, so the first step is not working directly on them but on the belief that sustain those thoughts. For example, although the greatest desire of many people with social anxiety is to go around completely unnoticed, the fact is that deeply inside they are very egocentric.

How is it possible? Simple: because they think that all the eyes are on them, that everyone turns around to look at them but that’s not true. So, the first thing that you have to remember, is that the idea that everybody is continuously staring at you to evaluate you is simply wrong. Actually, people are too busy thinking about their problems to be aware of all the things you say or do. Realizing that we’re not the center of the universe but only a tiny particle has an enormous liberating power on us.

Another belief that you should change, is the idea that everybody will stop esteeming you or get a negative image of yourself if you only make a common mistake. Often, what you’re considering as a negative thing, for most people is normal, and sometime they even make a joke about it. Making mistakes when speaking, be a little shy, or not perfectly hair styled or made up, is absolutely normal, no one will  get a negative opinion of you by such trifles, and in the unlikely event that it happens, that means that this person is so shallow that his/her judgment should not even matter at all for you.

Once you’ve changed these beliefs, when those thoughts that denote uncertainty arise, you only have to remember that you are not the center of the universe and that it won’t happen a global disaster if you stutter a bit or are not perfectly dressed for the occasion.