Home » Stop talking to someone as a punishment 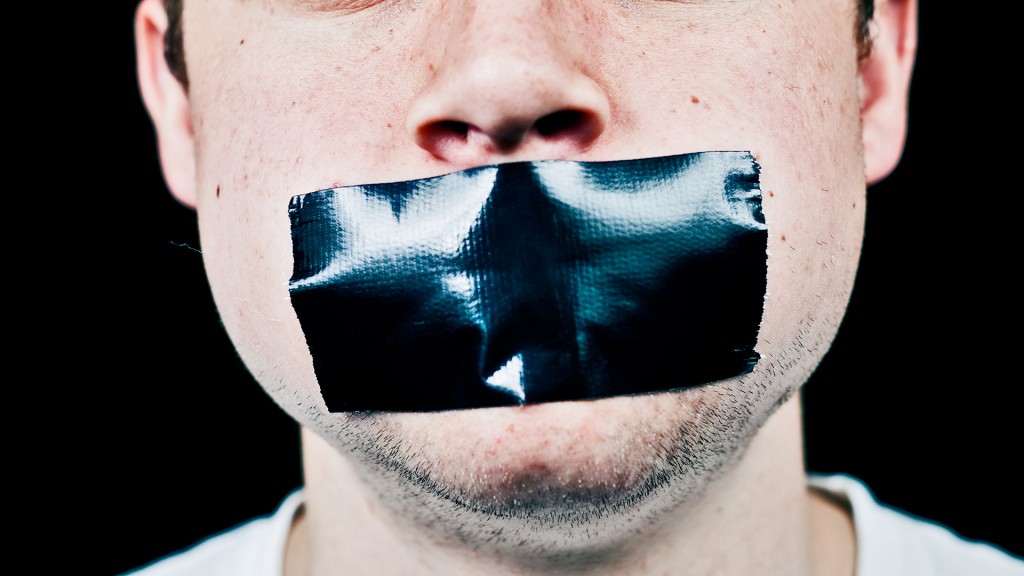 “Managing silence is more difficult than managing the word”, said journalist and politician Georges Clemenceau. Undoubtedly, silence can say a lot without saying anything, but we have to be very careful when we use it because, according to musician Miles Davis, “Silence is the loudest noise”.

Many people use silence as a means of expressing their anger, dissatisfaction or just for punishing others. In this way, when they get angry, they “punish” the others by stopping talking to them. Is this a good strategy? What is really hidden behind this kind of silence?

Why do some people react to conflicts with silence?

First, it is important to distinguish between the silence that arises from the will of not to argue anymore, because it is understood that the conflict has reached a stall phase and we do not want to add gas to the fire, and the silence that is used as a weapon for punishing the other.

The person who resorts to silence as punishment usually does so because doesn’t have other psychological resources to deal with the situation. Silence is its answer for several reasons:

– He does not think that his interlocutor listens to him, that he is not open to his point of view and uses the silence to “force” the other to listen to him.

– He thinks that his interlocutor should apologize for his attitude or words, and use silence as a warning.

– He thinks it is useless to talk about the subject because they can’t reach an agreement, so use the silence to make the other surrender.

– He feels deeply offended, but he does not want to recognize it and use silence so that the other gets back.

– He does not want to face a sensitive issue, so he blames the other and punishes him with silence, to make him change.

Whatever the reason, this use of silence is intended to bend the other, is a kind of punishment by which one blames the other person and puts the responsibility of the relationship into his hands. It’s like saying “I will not say anything else, see what you want to do, the ultimate responsibility is yours”.

This means that the person who is silent is not interested in resolving conflict through dialogue, but simply wants the other person to accept his point of view.

Using silence as a punishment is a childish attitude that does not solve anything, because even if it expects selfish gratification for someone applying it, it leaves a bitter taste in the mouth to its interlocutor and leaves signs in the relationship. Indeed, little by little, an emotional manipulative relationship is established in which a person is subjected to silence.

There is no doubt that silence can have more meanings, but using it as punishment involves a passive-aggressive attitude. That is, stop talking to a person is a veiled aggression. In fact, in some cases, this type of silence can leave the scars of the direct verbal assault because silence is a vacuum susceptible of any kind of interpretation.

We must remember that the emotional distance that silence imposes is not the best way to resolve conflicts and reduce distances. Understanding is achieved through dialogue, not through the use of a sharp silence that sharpens the differences.

While it is true that in some cases silence can work and the other person apologizes and gives up, in the end, this tactic can only create resentment and problems, since the conflict has not actually been solved, but only covered.

How does it feels the person who suffers the “silence” strategy?

Silence can be interpreted in many ways, but we usually interpret it in the worst possible way. A meta-analysis conducted at the University of Texas that included the results of 74 studies involving 14,000 people, concluded that silence is usually very destructive in couple relationships and people interpret it as a lack of involvement of the other and an attempt to submit him emotionally.

These psychologists have seen that the use of silence as punishment is common in couples and is one of the factors leading to divorce, not only because these people feel less satisfied with the relationship, but also because they perceive their partner more emotionally distant.

In fact, one of the problems is that those who suffer the silence feel increasingly frustrated by the lack of response and involvement of the other, so the relationship will become more and more tense and there will be more conflicts.

The person who is a victim of silence will feel confused, frustrated, and even guilty. It is also likely that will feel alone and misunderstood. Obviously, these feelings do not contribute to improving relationships and resolve conflicts, on the contrary, create a wider gap.

Sometimes it is better to remain silent, for example:

– When we are too angry and we realize that we could say things that we would regret later.

– When our interlocutor is too exalted and the discussion is degenerating.

– When silence is used as a pause in the discussion because the other reflects on his words.

The difference between these positive uses of silence and the silence used as punishment, is that they show respect for each other and have no purpose to bend or injure anyone.

In any case, it is important to think that silence is an empty dart that can acquire multiple meanings, so if someone is really important to us, it is best to assertively say what we think and feel. So there will be no more space left for misunderstandings.

In fact, a study conducted at the University of Leuven has found that silence does not help to eradicate or forget the problems, on the contrary, strengthens them. These psychologists have found that the best way to get rid of conflicts is to talk about them.

Sources:
Schrodt, P. et. Al. (2014) A Meta-Analytical Review of the Demand/Withdraw Pattern of Interaction and its Associations with Individual, Relational, and Communicative Outcomes. Communication Monographs; 81(1): 28-58.
Stone, C. B. et. Al. (2012) Toward a Science of Silence. The Consequences of Leaving a Memory Unsaid. Perspect Psychol Sci; 7 (1): 39-53.