Home » The raft: A Buddhist parable shows us how we waste our lives 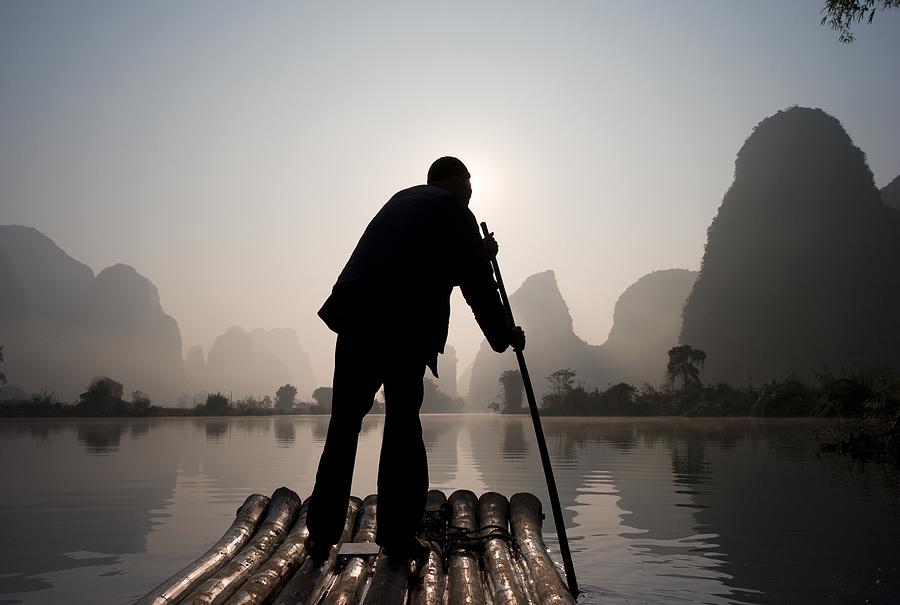 “Suppose, he said, that a man is facing a great river and if he has to cross to the other shore, but there is no boat to do so, what will he do?” He would cut some trees, tie them together and build a raft.

“So he would sit on the raft and using his hands or a stick, he would move to cross the river. Once he reached the other bank, what would he do?

“He would drop the raft because he no longer needs it.

“What he would not do, thinking about how useful it had been, is to load it on his shoulders and continue the journey with the raft on his back.

“Likewise, my teachings are just a way to reach a goal, I’m a raft that will transport you to the other shore. It’s not a goal in itself, but a means to get the lighting”.

This is the story that Gautama Buddha told his followers to explain them the importance of practicing detachment and not cling to things, experiences, or relationships. However, how often do we cling to the raft and drag it along the road, even though it is completely useless?

There was a person with a raft on his back

Some people get on the raft and do not ride. In fact, sometimes they even forget that they were trying to cross the river, they lose the perspective before starting the journey. They think it’s better to make the raft more comfortable. Then they build walls and a roof, furnish it with furniture and kitchen utensils, and then invite friends and family to let them see it. That is, they transform the raft into a house and tie it firmly to the shore. They do not want to hear about letting go the tops or hoisting the anchor.

Other people stop to staring at the raft from the shore and say, “What a beautiful raft. It’s great and solid.” They take the meter and measure it. They know exactly what its size, the type of wood it is built, and where and when it was built. Some go beyond and realize a technical card that serves to sell wholesale rafts. But for how many rafts they sell, they never got up on one and they did not even think about crossing the river. “It’s too risky”, they think.

There are also other people who stay on the shore and say: “The raft is not built very well, they should have made it with more trunks and tie them more firmly, I do not even like how is floating on the water. I will build a raft that is bigger and safer”. But they remain on the shore making considerations, quarreling and angry, ending without building the raft, and they will not go anywhere.

Some people think the raft is too simple, rustic and unattractive. They look at it and shake their heads. “It looks like a bundle of rough logs”. So they decide to embellish it, paint it, decorate it and cover it with flowers, but never get on it, nor do they even think of going to the other shore.

“The shore on which we are, says Buddha, is the present, ego-related existence, the other shore is what we aspire to be, represents our goals and dreams. The raft helps us cross the waters, this is its function, but after we have to abandon it”.

Of course, the raft does not only refer to material goods, it is all that binds us and prevents us from reaching our full potential. Therefore, they may be interpersonal relationships that have lost their sense of being or even certain traits or beliefs of the personality that hold us bound.

This Buddhist parable warns us of our tendency to cling to things and situations, wasting our lives by criticizing, trying to protect what we have accomplished or simply feeding too much fear that prevents us from discovering what’s on the other shore.

It also warns us that in some phases of life what has been useful no longer is it, and this is part of change and growth. If we remain tied to those ways of doing and communicating, we will not be able to move forward. That is why one of the most important and difficult lessons to learn is that the ties that once supported us now hold us bonded. At that point, it is time to get rid of them.