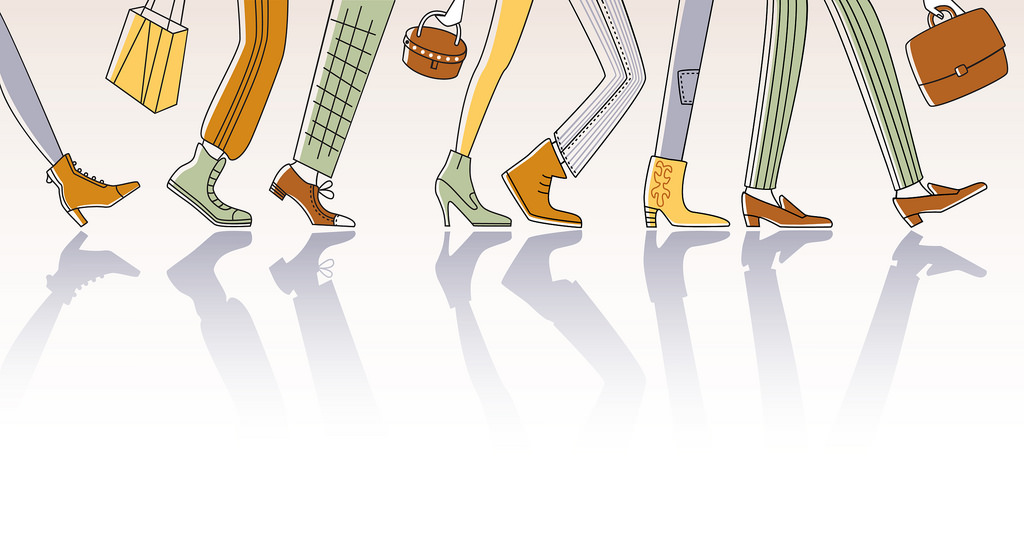 If you feel sad, worried or anxious, one of the best natural remedies is walking. Get away, literally, from the source of the problem and immerse yourself in a natural environment. There is nothing better than a nice walk to relieve pain, get rid of the accumulated stress, and recharge your batteries.

In fact, it is known that the exercise, and walking in particular, is an excellent therapy for the treatment of depression and anxiety. It has been shown that walking at sustained pace favors the release of endorphins, hormones that make us feel happy and relaxed, while reducing the production of cortisol, the stress hormone.

In addition, neuroscientists of the Princeton University believe that the effects of a healthy walk go far beyond the momentary production of some neurotransmitters, and believe that walking regularly can even help regenerate the brain by helping us face better and with less stress the problems of everyday life.

The “calming neurons” in the brain

These researchers worked with two groups of guinea pigs, one group remained active and the other was destined for a sedentary life. After walking, scientists analyzed their brains and discovered that in the animals that had been doing physical activity was activated some neurons that inhibited the activity of the too excited nervous cells.

They then added some environmental stress and found the activation of excitable neurons in the hippocampus, a brain region involved in emotional responses. However, the animals that walked could better cope with this cerebral activation as were activated even the “calming neurons” to prevent that the impact of the situation was excessive and to keep stress under control.

These results, which neuroscientists also consider valuable for humans, could explain why walking helps us relax and forget concerns and pains. Everything indicates that when we walk the brain activates the “calming neurons” that inhibit the level of excitement of the neurons that are the basis of worries, elucubrations and stress.

This indicates that physical activity helps reorganize the brain, so it is less likely that people who walk and do physical activity regularly suffer from high levels of anxiety and stress will interfere less during their daily lives. Basically, walking enhances the inhibition mechanism that prevents the more excitable nerve cells from becoming hyperactive.

To take maximum profit from the walk, it is best to choose a path surrounded by nature

It is not the same thing walking on a conveyor belt, between the four walls of a gym, in the city or in the middle of nature. Heriot-Watt University neuroscientists demonstrated it by monitoring the brain activity of 12 people as they walked for 25 minutes in a mall, in a green space and in a busy street. The mobile electroencephalogram monitored emotions and states like frustration, meditation, enthusiasm and attention.

So they discovered that relaxation and meditation were more intense when subjects walked through green spaces. These people also felt less frustrated. This is because in the green spaces our brain is able to completely disconnect and activates what is called “involuntary attention”, having the ability to move freely in a state quite similar to mindfulness meditation. On the contrary, in streets and shopping malls we have to be more watchful, so we don’t have the opportunity to completely disconnect ourselves from our concerns and don’t allow our brain to rest.