Home » What is contempt? An intense feeling under a mask of coldness 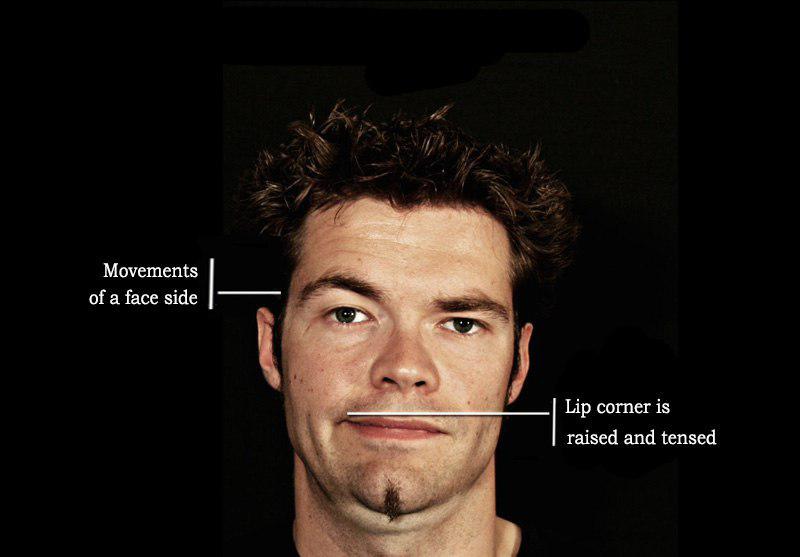 Contempt can be classified as one of the four horsemen of the Apocalypse, the source of many of the problems in interpersonal relationships and cause of ruptures and disappointments. Its tentacles are long and can cause a lot of damage, as Voltaire affirmed: “Everything is bearable except contempt”.

In fact, we should not forget that although contempt is directed towards the others, it is also reflected inward, like all negative emotions, so that it ends up harming those who experience it.

Contempt is the opposite of empathy. Empathy implies being able to put oneself in the place of the others, experiencing their emotions and understanding their ideas, while contempt implies an attitude of arrogance and superiority with which the other is judged. Empathy nourishes the bonds of the relationship while contempt breaks them.

Contempt is a negative feeling that is generated by considering that someone is inferior. That means that it is not simply an emotion, but also implies an assessment that in many cases can be scratched by disrespect.

Often – but not always – contempt appears alongside other emotions, such as anger and disgust. In fact, it is considered to be part of the “Triad of Hostility” – which is formed by contempt, anger and disgust.

In fact, researchers from the California Institute of Technology confirmed that in some social situations anger goes hand in hand with disgust and contempt, so that all those emotions are involved in the same social assessment.

Therefore, contempt would be a complex emotion that is based on a negative assessment of a person’s worth, but also arouses feelings of hostility. This was confirmed by a study conducted at the University of Bari in which it was appreciated that contempt not only “thinks” but also causes a great activation of the amygdala, the brain structure par excellence where emotions are processed.

How does anger become contempt?

Sometimes, contempt and anger go hand in hand, so it is difficult to determine where one emotion ends and the other begins. In fact, both emotions have a common origin: guilt.

That is the reason why, when we feel contempt, we may think that person does not even deserve our attention. It is a different evaluation pattern because it implies that we have surrendered, we think that that person is not good enough, that he can not change and that he does not deserve that we devote our energy and time to him.

This evaluation of inferiority related to the absence of control has also different short and long-term repercussions. Contempt is an exclusive emotion that gives way to indifference and leads to the removal of that person from our social group or, in the worst case, annihilate him directly, in the literal or metaphorical sense.

In fact, emotions have a social function since they generally promote bonds. Anger, for example, involves approaching the person to “attack” him. It is a kind of negative feedback with which we want that person to change his behavior.

Contempt, on the contrary, is an exception since its function is not to create links, but to preserve or, if it were possible, extend the distance between people and break any possibility of intimacy.

We must clarify that in some cases, the sustained anger does not help to change the person but aggravates his behavior. Then, anger generates a sense of helplessness that gives way to contempt. It is usually a mechanism that occurs below the threshold of our consciousness.

However, in other cases we can choose contempt more or less consciously because we know that anger is a social response not seen very well and punished. In practice, the negative social implications related to anger can lead us to choose the path of contempt and indifference, which is more accepted at the social level since its expression is more veiled, although this does not mean that it does less harm at psychological level.

The causes of contempt

Contempt is usually a reaction to a specific situation, normally to the behavior of a person or group. We can feel contempt because we’ve been hurt, insulted or deeply humiliated. We can also feel contempt towards someone who broke a moral code, such as mistreating, betraying, deceiving or disrespecting us.

In fact, contempt is a “moral emotion”. In contrast to other emotions, contempt is usually a response to what we consider a transgression of limits and norms, whether social or personal.

In other cases, contempt does not arise automatically but is the result of a series of recurring conflicts that have not been satisfactorily resolved and slowly degenerate into a negative attitude toward the other person.

However, contempt does not only depend on what happens to us, it is not a reactive emotion, but also on how we process the situation. It was seen that people with a tendency to empathy tend to feel less disdain as they try to understand the others instead of judging them. On the contrary, the most self-centered and narcissistic people tend to experience more contempt. In fact, the more superior the person considers himself, the more he will perceive the others as inferior and the more likely he will be to despise them.

Dispositional contempt: Tell me how much you despise and I will tell you how you are

Although contempt is a very powerful emotion, with enormous potential to energize our behavior, it has been little studied. Psychologists at the University of California, however, analyzed more than 1,300 people and discovered what they called “dispositional contempt.”

Dispositional contempt is the tendency of some people to despise, distance and repeal those who violate their standards, so it could be considered a personality trait. These are professional despisers, experts in looking up and down at others, with a gesture of rejection and disgust, and then move away with an air of superiority, saying nothing or dropping a sentence that will end the self-esteem of the other.

The interesting thing is that people who showed a dispositional contempt in their relationships were also more likely to be envious of others, react with anger and show a hubristic or exaggerated pride. In addition, they used to be colder in their interpersonal relationships, believed they were above average and had narcissistic features. They were also extremely perfectionist and in some cases had antisocial traits.

However, people with a tendency to dispositional contempt were also emotionally fragile, had developed an insecure attachment and had low self-esteem. In fact, the researchers discovered that contempt was activated primarily when people were involved in situations in which they perceived poor power or competence.

That suggests that when contempt becomes a common reaction, it could hide deep insecurity, acting as a defense mechanism to protect a fragile ego.

The damage caused by contempt

Contempt is often present in daily life, varying its intensity. In the work environment, whether in dealing with colleagues or superiors may be the order of the day, although it also manifests itself in relationships with family members and, at a social level, expresses itself towards certain groups that we consider alien and inferior to our own.

In fact, despising goes far beyond saying a hurtful phrase. Contempt is also demonstrated through small signals such as the negative and sarcastic tone of the voice, rolling of the eyes, slightly raising the upper lip or relating from the deepest indifference, acting as if that person did not exist.

However, feeding contempt is not good for anyone, neither for the despised nor for those who despise. Honoré de Balzac already said: “The incurable wounds are those inflicted by the tongue, the eyes, the mockery and the contempt”.

Contempt can cause deep damage to self-esteem. The despised person understands that nothing is expected from him. Looks or derogatory comments aimed at showing him that for us is nobody, leads to a decrease in self-confidence and a sense of incompetence. When treated as someone inferior, he can begin to feel like someone inferior. That generates a self-fulfilling prophecy.

This pattern is replicated at social level, as demonstrated by a research conducted at Florida State University. These psychologists appreciated that when a group is exposed to contempt and exclusion, its members suffer a decrease in self-esteem and a deterioration in the capacity for self-regulation. That means that these people not only lose confidence in themselves but also lose the ability to self-regulate their emotions and behaviors, which will lead to new conflicts as they are more likely to break the rules. “Finally, if nobody cares about me, it doesn’t matter what I do”, is the thought that is established in his mind.

However, contempt is a double-edged weapon that ends up affecting whoever feels it. This feeling feeds on negative thoughts that simmer over another person or group, which not only leads to dangerous and destructive conflicts, but it is also a source of psychological pain that prevents from finding inner peace.

Although contempt is expressed coldly, inside is a feeling that bustles, so it is not strange that it has been found that when one of the members of the couple despises the other and maintains derogatory attitudes, is more prone to infectious diseases. Contempt is a poison that also destroys the emotional and physical health of those who feel it.

How to get rid of contempt? 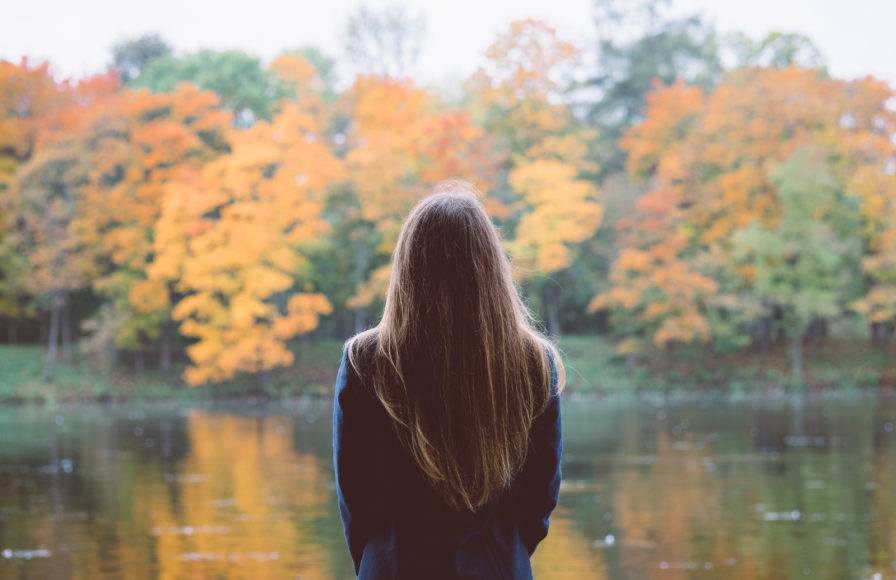