Home » How we kill children’s intuition 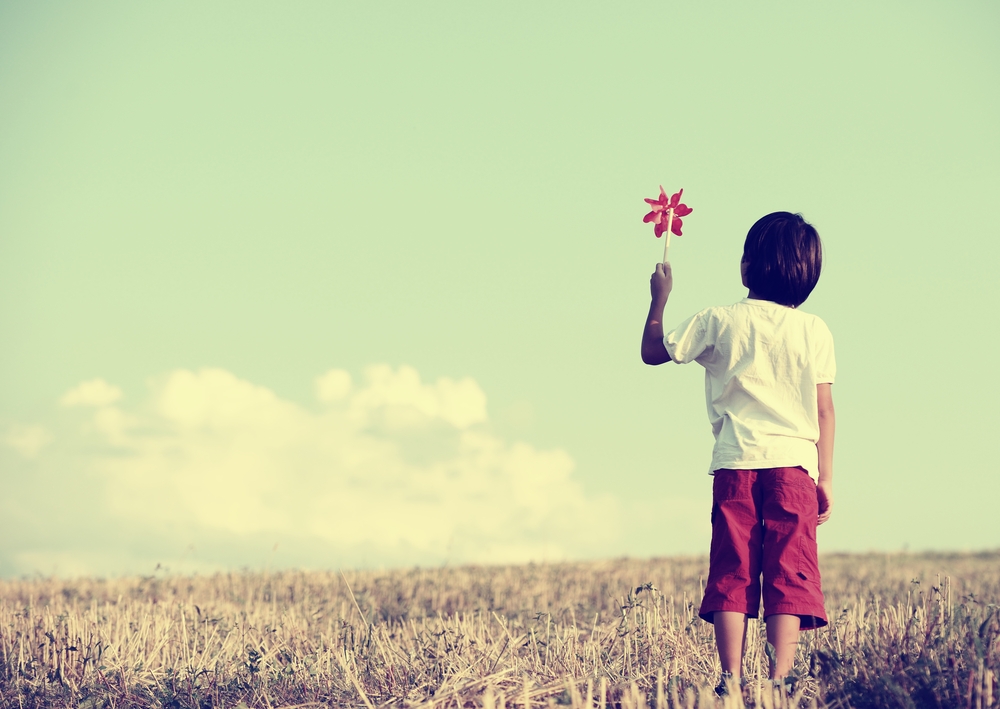 Instinct, intuition, or what some people call the sixth sense, is a wonderful gift. However, instead of developing it we gradually lose it to the extent that we pursue rationality and logic. Once lost, we stop perceiving a part of the world, a very important part that can help us better manage interpersonal relationships and may even save our life in a dangerous situation.

In fact, the so-called sixth sense helps us to detect the micro signals of anxiety, anger, sadness or joy that send other people and allows us to adjust our behavior accordingly. But everything seems to indicate that we are not very good at identifying these micro expressions because we trust more in the logic that our instincts.

This is shown by a study conducted at the University of Gothenburg where 60 adults were asked to try to find out when the children were lying. Participants saw a series of videos in which appeared several children telling a fact that apparently had happened to them. However, the majority of the adults was not able to discern the true stories from the false ones.

Psychologists have found that the problem was that participants were using rational strategies to detect lies, how to think that the lack of details in the stories indicated that it was a lie. Interestingly, the children were very wordy in their stories and referred vivid detail, even when lying. By relying on rationality rather than intuition, adults were not able to detect micro expressions and small details that hid the lie.

However, childhood intuition is highly developed. In a study conducted at the University of Ottawa 60 children of six years old were asked to see the short video in which appeared an actor really laughing or pretending a smile. Surprisingly, the children could detect in most cases the difference between a fake smile, and a genuine one, even more accurately than older children.

The good news is that this sixth sense can help them to keep children safe from potentially dangerous persons and certainly will make them more emotionally sensitive adults. The bad news is that as adults we sacrifice children’s intuition on the altar of rationality, even if we do usually without realizing it, simply by reproducing the stereotypes and attitudes with which we grew up.

The 5 attitudes that weaken children’s intuition

1. Force them to hug or kiss people

It is common to see parents who force their children to hug or kiss people they wouldn’t approach. Many do that to teach them to be kind. But the truth is that we should not force children to hug or kiss a person they don’t like and do not know. First, for respect, because although children, have the right to decide how to show their affection, according to their character, preferences and mood. In fact, for adults a hug and a kiss are usually simple social conventions, but for children are an intimate act and a profound sign of affection.

Second, forcing children to hug or kiss a person, it means to stifle their instinct. If the child does not like to get close to that person, it is simply because it didn’t like the idea of ​​the physical contact, and this is not a problem, quite the opposite. Children often have a strong instinct about people around them, so we have to teach them to rely on this ability and permit they stay away from those with whom they do not feel at ease, at least until these people do not earn their confidence.

Of course, this does not mean to let the kids turn into hermits. But if they are unwilling to give a hug or a kiss, a handshake or a simple greeting would suffice. To show educated is not necessary to kiss or embrace, a simple “hello” or “goodbye” are more than enough.

2. Teach them that adults are always right

Normally parents teach children to respect all adults, there are some who tells them that adults are always right. But it is a lesson that can become a double-edged sword because adults are exactly those who can do more harm to a child.

Teaching a child that adults should always take charge of the situation and that is disrespectful not listen to them or ignore them means to stifle his instinct. Children who have grown up with this model are at greater risk of suffering abuse by adults without saying anything because they think they must submit to their will, that is right.

Instead, children should be taught that all living creatures deserve respect, not only adults, but also other children and even animals. But you should also tell them that if they feel uncomfortable or their instinct tells them that there is a danger, are not obliged to obey and should say at once what happened to their parents.

3. Tell them that you will protect them forever

Parents would always keep their children safe, protecting them from the dangers and avoid them any problems. However, it is a mission impossible. In fact, it is not even a healthy attitude because children must learn how to defend themselves and have to make their own mistakes and only then develop child resilience.

Then, telling them that we will protect them always generates in them a false sense of security, is like abandoning them in a jungle without a survival kit that can be used to move around in this inhospitable environment. The problem is that perceiving this false sense of security, the instinct is anesthetized and will not be activated when necessary.

Of course, this does not mean that we don’t have to reassure the child when he is scared or that we need to expose him to unnecessary danger, but the main task of parents is not to eternally protect their children, but teach them to protect themselves.

Some parents, in order to reassure their children, minimize their fears or even ignore them. They use classic phrases such as: “it’snothing, there’s no reason to be afraid” or “you’re too big to be afraid of the dark”. However, these words do not reach the goal, do not calm the child, on the contrary, become a barrier between the child and his parents. The child feels misunderstood and learns to hide his fears.

Furthermore, fear is a quite natural feeling that should not be rejected because it has a defensive value. When we catalog fear as something negative, the child will be ashamed to try it and gradually will suffocate his instinct, which is in fact precisely the charge to warn him of the dangers or unfamiliar situations that could involve some risk.

So, instead of minimizing their fears, we should validate them. This does not mean to promote fear, but to share his concerns and emotions, explain where they come from and take the opportunity to teach him to overcome this fear.

5. Fill their agenda without leaving room for leisure

The intuition not only warns us of the danger, it shows us also the things that make us feel good. In fact, the instinct informs us, among all the possible options, of the ones that make us happier, that complement us. Unfortunately, very soon we lose this sixth sense to happiness, to the extent that we abandon what we like to engage in activities of convenience. We lose the ability to know what makes us happy every time we replace a “I like” with a “I have to”.

Then filling the agenda of a child with extra-curricular activities or perfectly structured activities imposed by the adult, without giving him the space to play freely, it also means to stifle the instinct and always subordinate it more to social conventions. This is why many people who have lost contact with their “ego” more profound, live doing what others want without knowing what they really want or what really makes them happy.

What is truly intuition?

To understand how intuition works, it is important to know that in the brain there are two systems: one emotional and the other rational. The intuitive system is based on our experiences, about what we inherited from our forefathers through the genes, and the emotions we feel. The second system is logical and works more slowly because it allows us to evaluate the options and make a more rational decision.

The intuitive system is the one that warns us of a potential danger, but also shows us what are the things we find pleasant and generate us a sense of well-being. Obviously, it is essential that both systems are complementary and work in balance. In fact, it can be as negative to base solely on instinct as well as deciding exclusively relying on rationality.

So it is the duty of parents and educators to encourage children to trust their instincts, in this sixth sense for danger and happiness, and at the same time, teach them to evaluate these insights from a logical point of view, to give them a sense and make the best decision possible.