Home » Controlling and possessive personality: When the only path is imposition 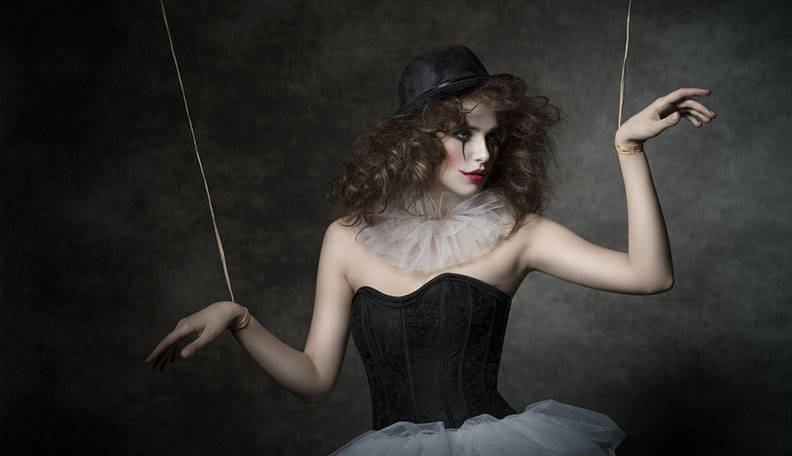 It is easy to detect the controlling personality when resorts to coercion, but if it uses more complex manipulation techniques things get complicated. Sometimes the control can be very subtle and hides behind a joke, a suggestion, a tip or even a request for help. It is also difficult to detect traits that indicate that we are falling into possessive relationships.

Control, however, is a double-edged sword. It takes away the psychological oxygen from the one who is controlled and becomes an insane obsession for those who control.

How is a controlling personality?

Controlling personalities are those who need the people around them to behave in a certain way. They do not respect the individuality and the psychological barriers that we all establish because they think that there is only one correct way of doing things: theirs.

For controlling people, those who do not think or act like them are simply wrong. These people usually have a thought of all or nothing; things are good or bad, without medium terms. As a result, they often judge and criticize harshly everything that does not correspond to their worldview.

Due to dichotomous thinking, the controlling people do not accept that the others may have different opinions and ways of doing things. These people have a limited, deeply egocentric perspective that prevents them from seeing situations from a different perspective. It is as if they were through life with blinders, with their eyes fixed on a point without taking note of the enormous variety that exists in the world.

The controlling personalities usually have many rules, which give meaning and order to their world, transmitting a sense of security. However, the problem is that they expect the others to follow those rules. They insist that the others follow their rules and that their priorities become those of the others.

Possessive people have not developed their Emotional Intelligence. As a result, when someone does not do things their own way, they tend to get upset, angry and/or frustrated. And often they express those emotions without sifting, recriminating and blaming the other.

Many of the controlling personalities act convinced that they are doing good to the other. They assume a paternalistic attitude, offering to make the decision in their place or telling them what to do. If the person does not follow their rules, it is common that they put it on their faces and make them feel bad, a strategy to reaffirm themselves as a reference and create a dependency relationship, so that next time that person will pay attention to them.

Dominant people often pretend to do “mind reading”. They believe that they can know the essence of the other better than the person himself and that they know what the best is for him. They think that they can make the best decisions for the other, although they are not able to put themselves in his place. In fact, it is usual that when a person tries to tell a problem, they interrupt him to explain what the “real” problem is and provide the “only” solution.

Why does the controlling personality develop?

Some parenting styles tend to encourage a controlling personality. At the center of these possessive relationships between parents and children is a profound lack of harmony. The possessive personality develops when:

– The love received during childhood was conditioned to achievements. As children, these people were not loved until they fulfilled or satisfied the needs of their parents, a form of subtle control they continue to put into practice in their relationships as they grow up.

– Results were valued more than effort and relationships. These people grew up with the message that what they achieved and produced was more important than what they were or the relationships they established with the others. As a result, they learned to focus on efficiency, even if it means going over the rights of the others.

– An insecure attachment was generated, so that the person feels a deep need for attention and affection but also has a deep fear of losing them, so he exercises control as a way to keep that “love”.

In a general sense, behind the controlling personality, is often hidden fear of uncertainty. This person seeks safety through the rules and control that he tries to impose. He does not accept the changes and the uncertainty of life willingly, but rather they generate anxiety and he tries to mitigate it by controlling everything he can. Thus he has an illusory sense of control that brings him calmness and tranquility.

That obsession for control may also be due to low self-esteem. In those cases, the controlling person tries to camouflage himself by exercising control over the others. As he does not support not having control over his life, he overturns that frustration on the others, becoming dominant and controlling.

However, the controlling personality may also be the result of a major loss in the past. It usually happens when parents lose a child and blame themselves for what happened, so because the tragedy does not happen again, they become hyper-controlling with the other child. It also occurs when there is an infidelity in the couple’s relationship, in which case appear usually the possessive relationships, due to the fear of losing the new partner.

The problem is that the controlling people do not realize that a possessive love ends up suffocating psychologically those around them, obtaining the opposite result to the one expected: abandonment.

How to soften a controlling personality?

Possessive and controlling people often have many problems in their relationships, both in the romantic and family, professional and friendship. It is important to keep in mind that a possessive relationship is not a healthy and balanced relationship but it degenerates into dependency. Authentic love is that which respects the other and leaves him free to make his own decisions.

If you have a controlling personality, it is important that you remember to make yours this phrase of Giogio Nardone: “Excessive control leads to loss of conrol”. Learn to:

– Soften your focus. Do not make excessive demands and do not intend to decide in place of the other. Use less the imperative and give advices only when asked. This approach will enrich the relationship, showing the other person that you respect him.

– Encourage cooperation. Relationships are a give and take, a collaboration in which the two parties have something to say and contribute. When you try to impose your points of view and ways of doing things, you cancel the wealth and potential of the person next to you.

– Find the source of your insecurity. To stop controlling, it is important to understand where that need comes from. Maybe you are projecting your own insecurity on the others? A past trauma generated by a loss? Maybe parents too much controlling or emotionally negligent?

How to deal with controlling personalities?

Dealing with a controlling personality is not easy, especially when it comes to close relationships. However, we must bear in mind that nobody can control us without our permission, which means that, in a certain way, we are also “accomplices” of that manipulation. Maya Angelou wrote: “You cannot control everything that happens to you, but you can choose that it does not weaken you”.

Therefore, it is important to be aware that control is not love. When people control us, they “make up” our reality so that we can see the world through their eyes. They do not respect us as we are. They want to change us, make us different, more like themselves or the image they have of us. The controlling people want us to adjust to their reality, without taking into account that this reality may be wrong or simply not the most appropriate for us.

You have to set limits and not allow controlling people to override them. Thank them for their “advices” and tell them you will do what is best for you. Do not let them press your sensitive points to generate guilt. Remember that mistakes are part of learning. Maybe your way of doing things is not the best but it is yours and you can improve it as you grow mature. Do not let the others decide for you.