Home » What is depression? The symptoms of depression 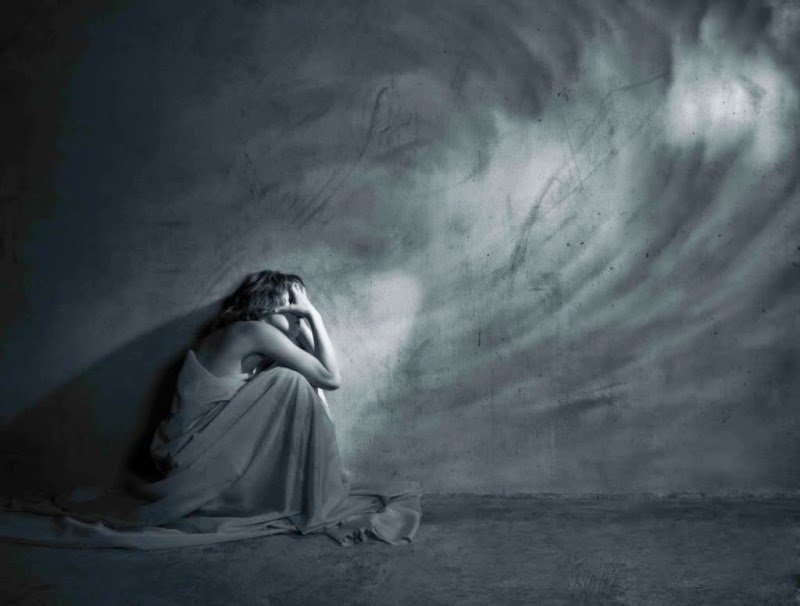 The phrase, “I’m depressed” is quite common, sometimes becomes so common that we don’t even take it seriously when someone uses it like an excuse to explain their behavior. However, if this phrase comes from within then an apocalypse breaks out, it is a catastrophe: “I’m depressed. What am I supposed to do?”

But … what is depression? How recognize it? Are we truly depressed or just use this phrase as a slogan or as a comfortable fashion explanation for our unacceptable behavior? What are the symptoms of depression?

According to the DSM-IV, the diagnostic manual of mental disorders, depression is a mood disturbance. It should be clarified that there are different types of depression or better: different levels. Let’s start with the most severe depression known as: major depression.

In case of major depression the person loses interest for things that previously were important, feels no pleasure doing activities that once liked.

To be diagnosed of major depression the person should experience at least five symptoms from the following list:

– Depressed mood is maintained throughout most of the day

– Changes in appetite, either decrease or increase the craving for food and consequent change in body weight. A significant body weight change would be a 5% change in weight in a month

– Insomnia, the person wakes up during the night and has difficulty getting back to sleep, but may also have difficulty falling asleep or wakes up too early

– Psychomotor changes that can be perceived by other people, not simply individual perceptions. These may be expressed through its most classic form: slowing moves or its opposite: agitation. People with retardation are delayed ostensibly to react to environmental stimuli, accompanying a low voice and slow movements. It can be perceived as their language and thought also have a delayed pace. On the contrary, people who have agitation make it almost impossible to remain sitting in the same place so they are trying to move continuously, rub their hands often or constantly touch and move the first object they can reach.

– Fatigue or loss of energy in absence of exercise or being subjected to an arduous mental effort. These people feel continually tired, even the smallest task is a great effort for them. This usually reduces the efficiency with which they perform activities requiring also more time than usual to complete them. Dressing, bathing or combing are simple tasks that become heavy duty.

– Diminished ability to think, concentrate or make decisions. Most people are easily distracted, have difficulty maintaining attention on an issue and are worried for forgetfulness, which is usually a result of lack of concentration.

– Recurrent thoughts of death and suicide ideation even when there is no specific plan about. These ideas usually range from the belief that the others would live better if they die until transient thoughts, but recurring, about committing suicide or the real plans on how to commit suicide. The frequency of these ideas can be highly variable.

These symptoms should occupy most of the day, nearly every day for at least 2 consecutive weeks.

This malaise must be accompanied by deterioration in areas very important for the subject, work, school and relationships. In very tough and persistent people, this deterioration may not be explicit, in this case it appears that the person is making a superhuman effort for realizing those activities that previously performed without difficulty.

This is the greatest degree of depression, then there’s a less depressive disorder characterized by symptoms that persist for at least two weeks, but for the diagnosis the person must undergo less than five of the symptoms described above.

There is also a slight depressive disorder characterized by recurrent episodes of depression that can last from 2 days to 2 weeks and show up at least once a month for a year. It means that, the person suffers depression, and then experiences a noticeable improvement to return to the same depressive symptoms after a while.

In closing, although not the last among depressive disorders is the premenstrual dysphoric disorder. As its name indicates, the depressive symptoms occur regularly during the last week of the luteal phase and disappear within a few days of the onset of menstruation. To diagnose this disorder the person must have experienced depression in the majority of the menstrual cycles over the last year. Obviously, symptoms must be severe enough to interfere with work, school, or usual activities and be entirely absent for at least 1 week after the later menses.

So, as we can see, many people who claimed to be depressed are really only wore on through bad times or prey to discouragement. However, we must always bear in mind that the self-diagnosis is not the best solution, especially about mental disorders, where the symptomatology is often subjective. Depression is reversible but needs specialized treatment.