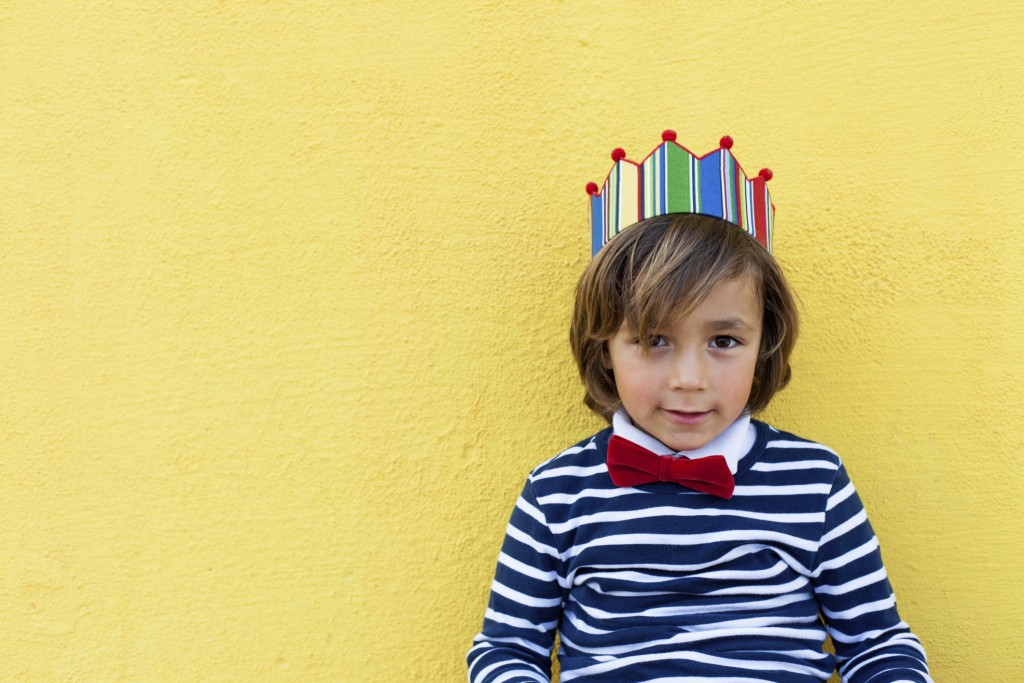 Disrespect, insults and even direct violence are some of the behaviors that many children show towards their parents. In fact, in some families seems like the roles are reversed and children are those who call the tune. Parents no longer have the authority to set standards or impose punishment, children made up with the knob.

Unfortunately, these behaviors not only affect profoundly the family dynamics, but also create a big strain on parents who don’t know how to deal with this problem and almost always end up submitting to the wishes of the child to prevent emotional outbursts.

In addition, the submission of the parents to their children isn’t even helpful for children to be happy, because they end up developing what is known as the “Emperor’s Syndrome”, which can have serious long-term consequences.

What is the Emperor’s Syndrome?

It is a behavioral disorder that affects children and adolescents, which got its start at home. Basically, the child begins to challenge his parents and, seeing that gets its way, continues to challenge the other adults.

As a result, the child not only develops a demanding relationship with his parents, but claims they should be always available for him. When they don’t meet his wishes, he gets angry and can reach uttering threats, insults or even attack physically his parents.

How is the authoritarian child?

Children with Emperor’s Syndrome dictate, order and rule what the family will do. Not only they decide what they will be doing but also what other family members have to do. The whole family dynamic revolves around their desires, which are often capricious.

Behind this behavior hide some problems:

1. Deep hedonism: The child is constantly seeking pleasure, he has not developed a sense of duty and does not understand that sometimes he has to make sacrifices for others.

2. Great egocentricity: All children, when small, are egocentric. However, as they grow develop empathy and learn to take the place of the other. Children with Emperor’s Syndrome show few demonstrations of empathy and feelings toward others.

3. Low tolerance to frustration: This child has troubles regulating his feelings and emotions, so when you do not meet his wishes, he usually experiences a huge frustration that ultimately leads to an emotional outburst.

4. Plenty of manipulation: Children with Emperor’s Syndrome not always impose themselves by force, they often use sophisticated tactics of emotional manipulation, and know very well the weaknesses of their parents and have no scruples using them in their favor.

Little sense of responsability: This child is never willing to admit his mistakes, he will always put the blame on others, looking for a third party to put the blame on.

The main problem is that these children will face many problems later in life, because the world won’t be always at their feet, as are their parents. Therefore, that selfishness, low tolerance to frustration and poor social skills, end up passing a very high bill. Pampered and authoritarian children are not happy children, and won’t be happy adult too.

The importance of educating children

In recent years more and more parents are implementing a passive education, they care more about the material needs of their children than to transmit good values ​​and standards of conduct. This educational style that turns children in the center around which the family spin, can give rise to authoritarian children who don’t know respect and do not know what is their role in the family dynamics.

Of course, the social changes of the recent decades have also contributed to increase the number of authoritarian children. For example, the culture of consumerism and the “everything is good” causes that some parents put more emphasis on material things. Moreover, the fact that couples have children at increasingly older ages transforms the child into a “precious good” to cuddle, who can not suffer or be disciplined.

However, educating is a complex task for which the best intentions are not enough, we also need to learn how to do it the best possible way.

What can parents do?

– Stay alert to the first signs. In general, after four years a child can verbalize his anger, and at five years will be able to control it. If you notice that your child is still aggressive, shows tantrums in public and turns the family day into an ordeal at this age, it is likely to be developing the “Emperor’s Syndrome”.

– Set limits at home. Limits and rules, although have a bad reputation, are actually good for children since they help to give a logical order to their world. When the child knows exactly what is expected from him can better regulate his behavior, feels more confident and less anxious.

– Implement a coherent educational style. Both parents must agree to the rules and punishments because if the child sees a gap, he will take profit of it. It is important that parents talk about the education of their children and apply the rules firmly and with love.

– Teach them to take the place of the other. It is critical to develop empathy, because this way children can understand how parents feel when they lack of respect to them. Therefore, since childhood, do not just punish your child for his bad behavior but help him reflect on what he did and its consequences.

– Be their example. Children learn by watching their parents. Therefore, teach them how to express emotions assertively, especially frustration. Give them tools to allow channel the negative emotions, rather than they dump them on adults.

Finally, remember that “educating a child doesn’t mean make him learn something he did not know before, but turn him into someone who didn’t exist” and always with love.