Home » Grandparents, “wizards” who create wonderful memories for their grandchildren 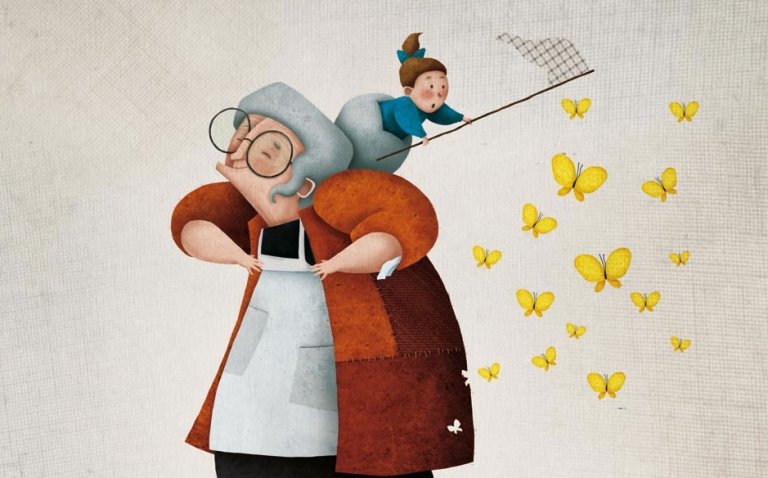 “Perfect love sometimes does not come until the first grandchild”, says a Welsh proverb. And the truth is that when a grandfather or grandmother sees for the first time the grandson feels a series of unspeakable emotions.

Love has many facets and it is fantastic to discover at this stage of life that you can still experience new emotions with great intensity. This discovery gives them new energy. And soon the child will find that his grandfather is his best friend and master of life. Then it is when it is created a very special relationship that leaves impressions that mark forever.

Enthusiasm, gratitude and a bit of concern

When grandparents take on their grandson for the first time, the first thing they experience is usually a deep gratitude. Gratitude because everything has gone well and they can embrace that little creature they already know will revolutionize their world.

With the wisdom that gave them life, they know that they have to remain in the background because even for the parents the arrival of the baby is a very special moment. But they can still be available if needed, to provide support when needed and to give advice when asked.

With joy and excitement comes a bit of concern. Grandparents are aware of the challenge of raising a child, so it is normal for them to worry about all the challenges that newborn parents have to face. However, it also reassures them to know that their children can have their support, guidance and wisdom.

In fact, it was seen the mother-daughter relationship improves when a child is born, because the grandmother puts away her role as a mother to hire a new one, that of friend and mentor of her daughter, thus raising the relationship to a higher level of intimacy. Suddenly, her daughter begins to realize all the sacrifices that has made her mother, and understands the enormous love she is experiencing, so normally their relationship improves, becomes more solid.

They will have to reinvent their identity

The new generation of grandparents is far enough away from the classic image of the grandmother staying in the kitchen and the grandfather going to pick up the grandchildren at school. Today’s grandparents are much more active, but even so, this new role implies the need to rebuild their identity.

The arrival of the first grandson means that from then on they will also be grandparents, leading to a restructuring of their “ego”. Some people may feel more “old” suddenly and may have difficulty assuming the new role.

But those who take on the change positively rebuild a richer identity, so they feel a greater sense of well-being, develop a new purpose in their lives, and begin to feel more accomplished. There are also many grandparents who feel renewed with the arrival of their grandson, they feel to have more strength and energy.

The grandchildren, a second chance to taste calmly and conscientiously

The grandmother’s magic lies in the fact that they do not need to take on the role of parents. They know what it’s like to raise a baby, but they are also aware that their role is to accompany children during growth, to convey their wisdom and to support them in the most difficult times.

Grandparents listen and give good advice, have time to listen to the problems of their grandchildren, allow them to be themselves without punishing them, cultivate their illusion and fuel the complicity. Their job is to build an emotional bond that still serves grandchildren, so often they also intervene with their parents, knowing that there is nothing so serious that can’t be solved with love and understanding.

Grandparents know that every moment counts, they are aware that the time they spend with their grandchildren is limited, so they try to make it as enjoyable as possible. Grandparents know, like anyone else, how to take advantage of the here and now. And children perceive it, so they too enjoy this full presence.

Grandparents and grandchildren: A beneficial relationship for both

The grandparents contact with the grandchildren is very beneficial for the elderly because it not only reduces the risk of falling into depression but also of developing neurodegenerative diseases such as dementia. A study conducted by the University of Cowan, in which 500 senior citizens were analyzed, found that grandparents who were actively involved in the care of their grandchildren lived an average five years longer than those who had no grandchildren.

This is because grandchildren not only keep their grandparents active physically, but also mentally. In addition, having to “deal” at some moments with their grandchildren encourages them to take care of themselves as well.

Of course, the grandchildren also benefit from this special relationship. A study at the University of Oxford found out that of the 1,515 children and teenagers interviewed, those who had a close relationship with their grandparents reported a greater sense of well-being.

Psychologists found that the key was that grandparents often dampen the impact of adverse events in their grandchildren’s lives, helping them to calm down and see problems from a different perspective. This indicates that grandparents are a source of stability and resilience that children and adolescents do not always find in their parents.