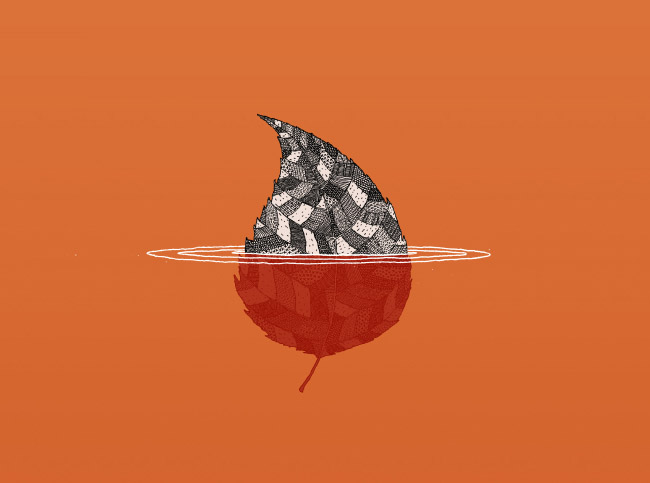 Between the mistakes of the past and the uncertainty of the future, the present is escaping. The ability to remember the past and project the future can become a double-edged sword that we use, more or less unconsciously and with very little skill, to turn a good present into a miserable reality.

In this regard, the philosopher Ayn Rand wrote: “Anxiety and guilt, antithesis of self-esteem and unmistakable signs of a diseased mind, are disintegrators of thought, distorters of values ​​and paralyzing factors of action”.

Of course, that does not mean that we can erase the past in a stroke or we should close our eyes to uncertainty that surrounds the future. But we can learn to live with those nonexistent times assuming a healthier perspective that allows us to fully enjoy the present.

Dragging guilt will not remedy the mistakes of the past

José Saramago wrote: “What is the point of repentance, if it does not erase anything that has happened. The best repentance is simply change.”

Guilt has a precise function: it is a state of inner discomfort that tells us that we have contravened our values ​​or the rules of someone. It is the sign of our conscience telling us that we have acted badly.

The problem begins when we get stuck in guilt. Many people, when they understand that they can not repair the damage caused, use guilt to punish themselves, as a method of self-flagellation. That way they get stuck continuously in the past, denying themselves the possibility of moving on.

The truth is that this idea (of religious origin) of inflicting pain to atone for the sins committed is counterproductive. As much as you punish yourself, you will not be able to repair the damage. Punishing yourself will not revert time, it will only sour your character.

On the contrary, as Saramago indicated, the best way to show repentance is to change. And for this it is necessary to look to the future. An error is worth it only when we learn from it. Once we have learned the lesson, we need to turn the page and move on.

No amount of anxiety can change the future

While guilt is a feeling anchored to the past, anxiety is an intrinsic feeling of the future. Anxiety is a warning response of the conscience to the possibility that something bad could happen. It is a sense of diffuse fear usually caused by uncertainty and the impossibility of controlling all the factors.

However, clinging to control is, finally, the expression of a deep distrust in oneself, is thinking that we will not be able to deal with the circumstances that life brings. Thus, the transience and the change brought by the future are only generators of anxiety for those who cling uselessly to the immutable.

Then anxiety will run wild making us imagine the worst possible scenarios. With that negativity in mind, we find it impossible to enjoy the present because our mind is already in the future, living those problems that we glimpse, but that probably will never materialize.

In other words: anxiety makes us live in a nightmare that exists only in our imagination, while we join in a loop of concerns that prevents us from planning effective actions to help us avoid the circumstances we fear.

There is a way out: Living in the present

The key is learning to live here and now, developing a mindfulness attitude that keeps us anchored to the present. That does not mean that sometime we do not have to look to the past or the future, but we must make sure to turn our eyes to the present as soon as possible.

After all, “If my awareness of the future and the past make me less aware of the present, I must begin to wonder if I am really living in the real world”, wrote Alan Watts.