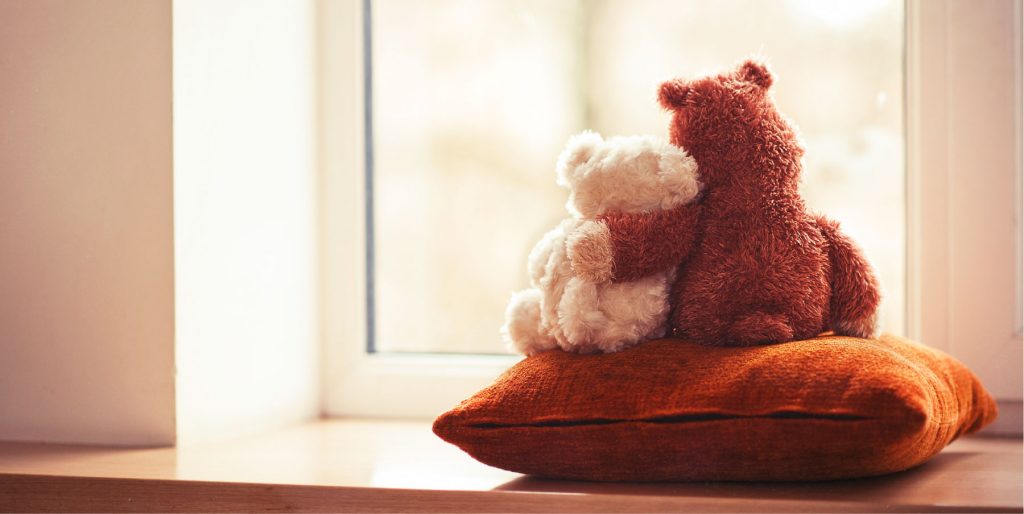 “Many years ago, in a distant monastery in Tibet, lived a young man who aspired to become a monk. He had a great desire to learn, so when one day his teacher told him that they would embark on a journey, the young man prepared with great enthusiasm.

They walked for several days until they reached a village where a very humble family lived. They asked them lodging and food. The family welcomed them and shared everything they had with them. The apprentice monk asked them how they could maintain themselves.

The man replied: “We have a cow that gives us everything we need: milk and cheese, so we change what we do not consume for other foods, that’s how we live.

At night, the old monk said to his disciple: “Take advantage of the fact that they are sleeping, go to the barn and frighten the cow”.

The young man protested “How can I do it? The cow is the only thing they have, it is their livelihood!”

The old monk said nothing, turned and left.

The young man spent several hours meditating, but because he respected his teacher went into the barn and frightened the cow. Then he felt so guilty that left the house, the disappointment also prevented him from returning to the monastery. He no longer wanted to be like those monks.

He spent his days traveling and thinking about the poor family he had left without means of support. So he proposed to work hard to save enough and buy a cow to compensate for the damage he caused to the family.

But the cows were expensive, it took a few years before he could save enough money. Finally he returned to the village and, to his surprise, he saw a luxurious hotel where the humble abode was located.

He approached the man who was sitting on the porch and asked him: “Excuse me, did a few years ago live here a very humble family who had a cow?”

The young man looked at him in disbelief and asked: “But … how did you do to prosper so much?”

The man said, “Well … look, one day, the cow that gave us life disappeared … At first we were very worried, we did not know how we would have continued to live. Then we began thinking. Our land was very good for planting vegetables, so we started to grow a vegetable garden that would grow and produce one crop after another, so we started to exchange some vegetables with other foods and sold the rest, with the money we earned we bought livestock, we raise it and start selling the garments in excess, with the money we earned we managed to expand the house and so we began to rent rooms… And as you can see, now we are the owners of the only hotel in town!”

This story contains several lessons, one of which is that on many occasions the best help we can give is to encourage people to leave their comfort zone. Sometimes we must avoid the pity that invites others to stay where they are. Other times, even remaining on the sidelines is helping.

When the “savior” becomes a victim of the “saved”

Sometimes, adopting the role of “savior” can be very harmful to others. Helping others without being asked can be a serious mistake because, although we are motivated by a feeling of genuine generosity, we are limiting the possibilities for learning and growth of the others. Sometimes this help generates an addiction relationship in which one of the people feels so comfortable that he won’t do anything to improve.

In that relationship, the savior gives continually, until he finds himself emptied physically and psychologically, while the saved is limited to accepting. In this way an unhealthy balance is created in which the savior carries a double weight, his and that of the other person. The worst thing is that, in many cases, when the savior tries to get rid of the weight that does not correspond to him, the others tend to consider him selfish and not empathetic. This feeling of guilt will ensure that he continues to bear the burden of the other.

Therefore, it is not unusual for the “savior” to end up becoming the victim of the “saved”. It is a situation in which no one wins, not even the other person, because by preventing him from striving, we are limiting his freedom and the possibility of achieving goals through his efforts.

It is essential not to feed this type of relationship because the “saved” people become passive and in some cases even selfish, believing that they have the right and the control over their “savior”.

Even not intervening helps

The secret is to help the others when they really need it and ask for it. In many cases, counting on someone’s help can be convenient, but that does not mean it’s the best solution or the one that brings long-term benefits.

Life experiences strengthen and make people more resilient, so preventing the others from coping with them is, in a certain sense, a sort of emotional castration. Someone who is in vulnerable conditions needs our help, but only up to a certain point. The goal should be to try to make sure that the person can manage to succeed on his own so he can keep walking on his own feet.

What we must never do for the others is to take away their responsibility for their lives. We can help them carry their weight for a while, or teach them to bring it better, but we cannot carry it for them, forever. Helping a person does not mean adopting him for life. And this is true for couples as well as for children and friends. A growing relationship is that which nourishes and enriches, not the one that castrates and limits.

Emotional validation, the key to helping you grow

The key to helping others is to maintain a relationship characterized by full presence and unconditional acceptance. It does not mean turning away from the other and neglecting his problems, because he solves them as he can, but it means validating his feelings and encouraging him.

Sometimes a hug, or just knowing that someone is there next to us to help us pick up the broken pieces, is more than enough. This means that in many cases our help will be limited to a process of emotional accompaniment, while the person makes his decisions, commits his mistakes, corrects them and goes on.