Home » Did you know that meditation changes our brain to protect us from adversity? 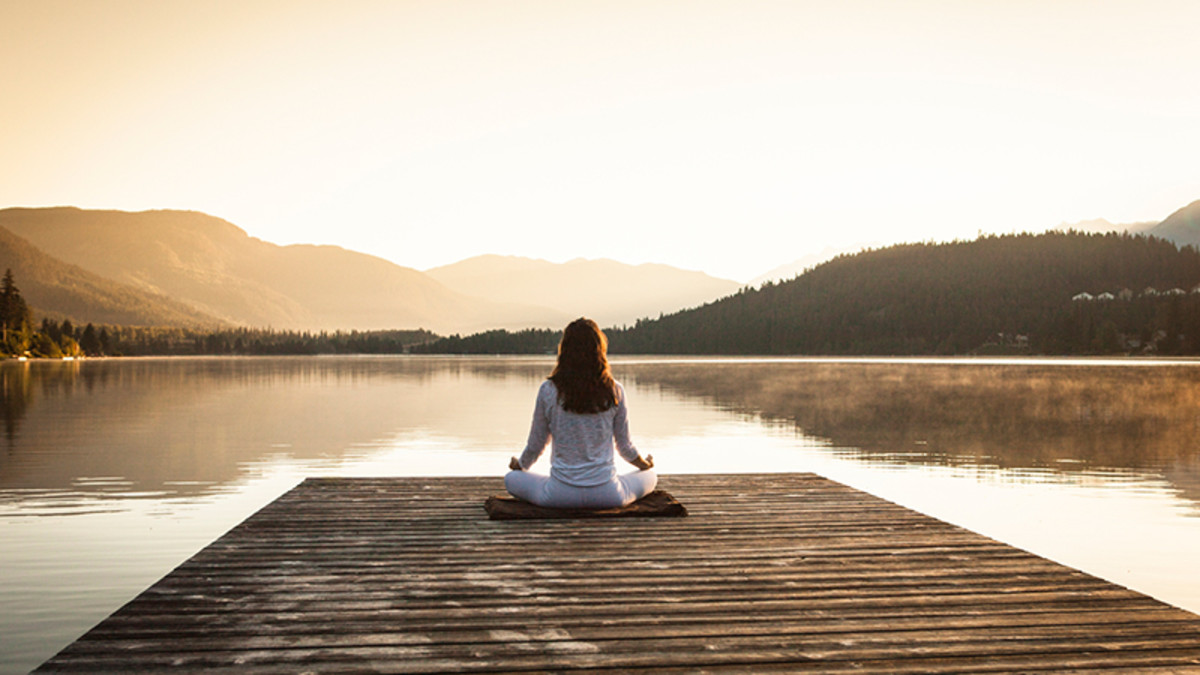 “For the restless temperament of the West, meditation may seem an unpleasant discipline because we do not feel we can sit ‘just for being seated’ without our conscience being bitten, without feeling that we should be doing something more important to justify our existence.” wrote Alan Watts.

However, meditation is one of the most beneficial techniques to improve our mental health, achieve inner peace and feel more satisfied with life. If those benefits seem small, now a study conducted at the University of Surrey revealed that meditation also allows us to be less reactive. And that could be one of the secrets to live in a more balanced way, regain control of our lives and stop being at the mercy of the circumstances that unleash a true emotional roller coaster.

Meditation frees us from the “negativity bias”

To analyze the impact of meditation, these researchers divided the participants into 3 groups: experienced meditators, novice meditators and people who had never meditated. They asked everyone to perform a task in which they had to match certain images to receive a reward.

The interesting thing is that each image had a different probability of being rewarded. Some images had an 80% probability of success while others barely 20%. The objective of the participants was to learn to choose those images that were more likely to succeed in order to obtain a greater reward.

The first thing the researchers noticed was that people who meditated focused quickly on the most rewarding images while the non-meditators focused on those that had a low reward. What does this mean? That people who do not meditate tend to focus more on negative results while meditators prefer to learn from positive results.

This phenomenon could be due to what is known as “negativity bias”. Our brain often spends more energy concentrating on “what is wrong” than on “what is good”. It does it so that we can discover how to solve the problem that bothers us.

However, expert meditators appear to be immune to the negativity bias and prefer to focus on the positive aspects of the situation. The implications for our daily life and our mental balance of this way of facing life are enormous.

The researchers also analyzed the electrical activity that occurred in the brain while the participants performed the task to measure the strength with which they reacted to positive and negative feedback. They found that all people reacted equally to positive results, but non-meditators reacted more intensely to negative results. Experienced meditators, on the contrary, demonstrated less activation at the neurological level in response to negative results.

“Humans have been meditating for more than 2000 years, but the neural mechanisms of this practice are still relatively unknown. These findings show that, at a deep level, meditators respond to negative stimuli more impartially than those who do not meditate, which may explain some of the psychological benefits of this practice”, said Paul Kntyl, the lead author of the study.

This means that meditation imbues us with a natural tendency to be more positive. It has nothing to do with naive optimism but with learning to value what we have, instead of lamenting what we do not have, and being able to find the positive in adversity in order to make progress in it without affecting our emotional balance.

Meditation as a way to mitigate emotional reactivity

Of course, the “negative feedback” is part of life, we can not avoid it and it is important to take note of it, but if we learn to deal with those situations without getting angry, frustrated or saddened too much, we could make better decisions that take us faster out of the chasm in which we have fallen.

It is about learning to moderate our emotional reactivity. So we can take a step back,  develop a more objective perspective and decide how to respond, instead of acting impulsively doing things that we will later regret.

This can apply to all areas of our life:

– The negative comments of the people around us, whether family, friends, co-workers or strangers

– The setbacks that put our plans backwards

We must remember that an exaggerated reaction to negative feedback will simply amplify negative emotions such as sadness, anger, shame or frustration. It stresses and overwhelms us even more and, in the end, it can even make us behave in a self-destructive way.

Meditation is an excellent exercise to learn to limit our reactivity and impulsivity because it teaches us that there is a space between what we think and feel and how we react to what happens. It calms us and gives us the possibility of observing what happens without being disturbed, from a detached and equable attitude.

Meditation is easy to understand, but difficult to control. The key lies in taking the time that is necessary. At the beginning you can believe that you are not accomplishing anything, but while practicing your mental state will begin to change and that will be reflected in all areas of your life.

You just need to follow “The fundamental rule of meditation: allow yourself to think what you think and feel what you feel. Don’t say to yourself: it is good, or it is bad, but: it is, and I have to stay in what it is now”, according to Emmanuel Carrere.