Home » Why do some sounds send chills? 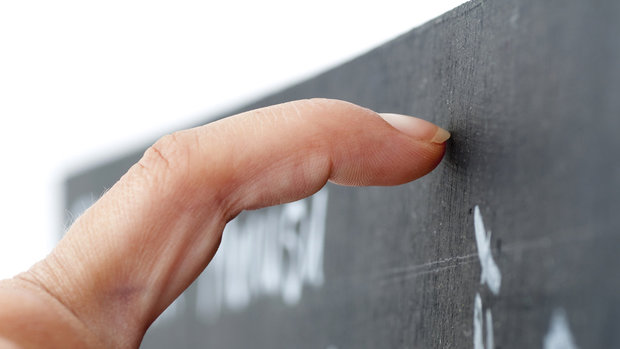 It is likely that more than in one occasion it happened to you: you hear a high-pitched sound and you have a gasp, feel a gut of rejection at a subconscious level. It is an innate reaction that occurs in front of a stimulus that our nervous system categorizes as negative.

In fact, there are several daily situations that make us close our eyes and cover the ears to avoid hearing the noises that bothers us. Some of the most common sounds that send chills are:

– Dragging a chalk or fingernails on the blackboard

– Rubbing the sole of the shoe on the floor

– Sliding your finger on an inflated balloon

– Biting a piece of ice

– Sliding a piece of cutlery on the bottom of a dish

The frequency range that we classify as “tough and painful”

For decades, researchers have tried to find the cause of this phenomenon. Now we know that many of the most unpleasant sounds to the human ear are between 2 and 4 kHz, a frequency range that we consider “tough” and that is similar to the highest octave of the piano.

This was demonstrated by researchers at the University of Vienna, who managed to vary slightly the sound of different noises classified as unpleasant, like rubbing your nails on a chalkboard or rubbing the bottom of a plate with a fork, to meet the frequencies considered more “painful”. Some of these sounds faded while others were amplified.

While participants were exposed to these stimuli, were measured changes in their heart rate, blood pressure and skin conductance, three stress indicators. Thus the researchers discovered that, in fact, the sounds which cause this visceral rejection are between 2 and 4 kHz.

Why this frequency causes such a visceral reaction?

To understand why these sounds lead us to instinctively cover our ears and produce chills we need to know what happens in the brain. The answer is offered by neuroscientists of the Newcastle University, who examined the brains of 13 people while exposed to different types of sounds.

In this way they discovered that the more the sounds were unpleasant the more they activated the amygdala. The amygdala is a kind of sentry that keeps us alert in front of potential dangers, triggering an intense emotional response of rejection.

Later was activated the auditory cortex, to achieve a more thorough analysis of the sounds, making sure that the sound was perceived in a form even more pervasive and that the emotional reaction were intensified.

As a curious note, people described the sound of a knife on a glass bottle as the most unpleasant, followed by a fork on the plate and the chalk on a blackboard.

But the interesting thing is that some of the acoustic characteristics of our voice is included into this frequency. So, how is it that these sounds seem so unpleasant?

At this point, the Viennese researchers entered in the second part of the experiment. They made sure that the participants felt those unpleasant sounds, but half of them were warned of what they would have listened while the others were deceived into believing that they would listen to a piece of contemporary music.

Thus it was possible to see that, regardless of the subjective perception of sounds, the physiological indicators of stress were altered in all volunteers. This confirms the theory that sounds in the frequency range of 2 and 4 kHz trigger an innate reaction of rejection due to a special vulnerability of our auditory system.

In practice, it seems that our ear canals have evolved to priorize this frequency range, to ensure that we could distinguish the cry of a baby or the human voice from other ambient sounds. Therefore, being our ears more sensitive, they also react more intensely to some of the noises included in this frequency range. 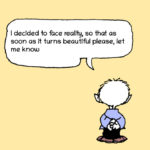