Home » Why men are afraid of smart women? 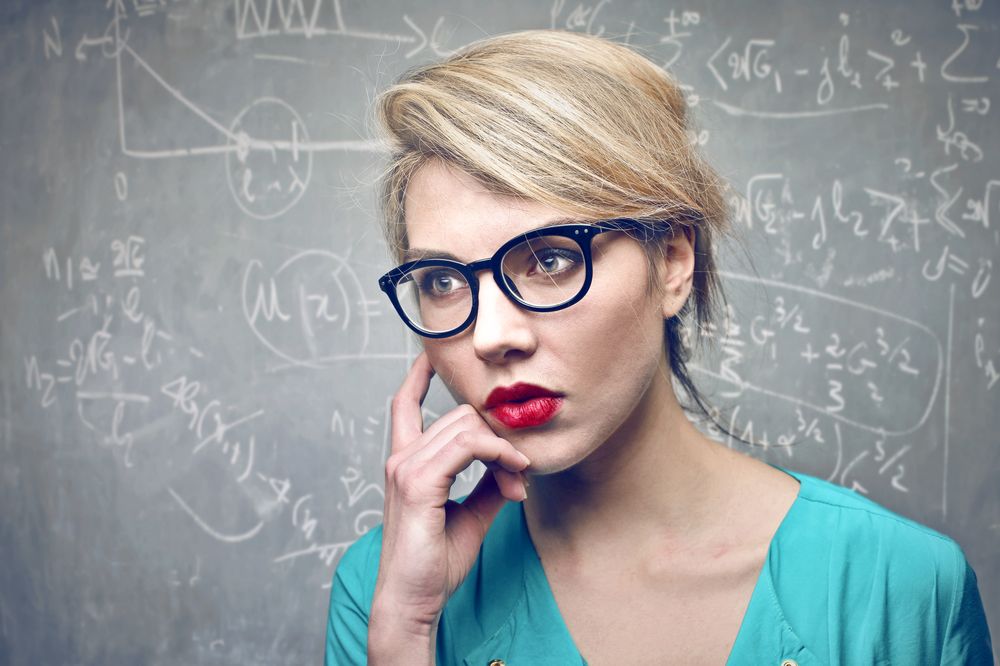 If you ask to any heterosexual man if he’s attracted by an intelligent woman, there are great possibilities that he will says yes. If we ask him if he could maintain a relationship with someone smarter than him, probably he will always respond affirmatively.

In fact, researchers at the University of Buffalo have confirmed that men prefer the most intelligent women. These psychologists created two female profiles to see which one had the most success. They said then to 105 volunteers that a hypothetical classmate had passed a math or language test with flying colors and that another had obtained lower marks. When they are asked who they preferred as a partner, men did not hesitate: the most intelligent woman. Unless…

Intelligent, yes, but not more than me

These psychologists have taken a step further: they asked the volunteers to undergo a math test and manipulated the results in such a way that men could get better or worse qualification than the woman sitting next to them.

Investigators found that when men’s score was higher than that of women, they were more likely to come close to her and express a romantic interest. However, when they obtained a lower score, they felt less attracted and were less interested in asking an appointment or get her phone number. In addition, they walked away unconsciously by the examination female companion.

This is not the first experiment that challenges the attraction that men say they feel for feminine intelligence. A previous study conducted at Columbia University was based on a series of speed dating. In these fast meetings, singles showed that appreciated the intelligence of women they encountered, but only up to a certain point. If the woman was more intelligent or ambitious of them, the interest for her diminished considerably.

Why do some people seem to have problems dealing with the most intelligent women? The answer comes from a series of experiments conducted at the University of Florida. These psychologists have involved 896 men and women. Men were asked to recall a moment when their partner had been more successful from an intellectual point of view or academic one. Then they rated their self-esteem and saw that had fallen significantly.

In another experiment, the psychologists subjected couples to intelligence tests. Later they told the men that their partner was placed in 12% of the top scores. It was curious to note that, even without saying what the score had been, these men experienced a decrease of their self-esteem. But women were not affected by the results of their partners. Why?

These psychologists believe that it is not a reasonable and informed response, but rather a visceral reaction. Inadvertently, men do not focus on enjoying the success of their partners, but analyze it from another point of view, thinking that they are the ones who failed.

Probably this thought comes from the fact that many men still feel the need to defend their status quo, to show that they are competent. A necessity arising from the cultural role that has traditionally been assigned to their genre, in which man is conceived as breadwinner and the woman’s protector. Therefore, a more intelligent woman could represent a threat to his ego.

The problem is that this way of dealing with women’s success can cause problems in the relationship. In fact, in this study, it was seen how men were taking an emotional distance from their partners and were less optimistic about the future of their relationship when they thought their partner was smarter. Similarly, psychologists have seen that to restore the self-esteem of the male was enough asking them of the failures of their partners, which, curiously, also gave men greater confidence in themselves to maintain the relationship over the years.

Nothing is lost: The key is to focus on the emotional relationship

Despite these studies, the point is that men can feel good about themselves even if their partners exceeds them from the cognitive point of view. The key is to be able to focus on the emotional aspect of the relationship. This was confirmed by a research conducted at the University of Toronto in which psychologists have simply changed the way of presenting the results.

This time, they told men that their partners obtained the best scores in the IQ tests but, before assessing the impact of this finding, they asked them to talk about their relationship and the love they felt for the partner. That way it was seen that when are activated the feelings that bind both partners, the female intelligence ceases to cause fear because the man thinks of his relationship as a “team play”.

Of course, this does not mean that all men are intimidated by female intelligence. When a person is sufficiently self-confident and believes he does not need to prove anything to others, he won’t feel intimidated by the quality of the other, regardless of the gender, on the contrary, he will take advantage of the situation.