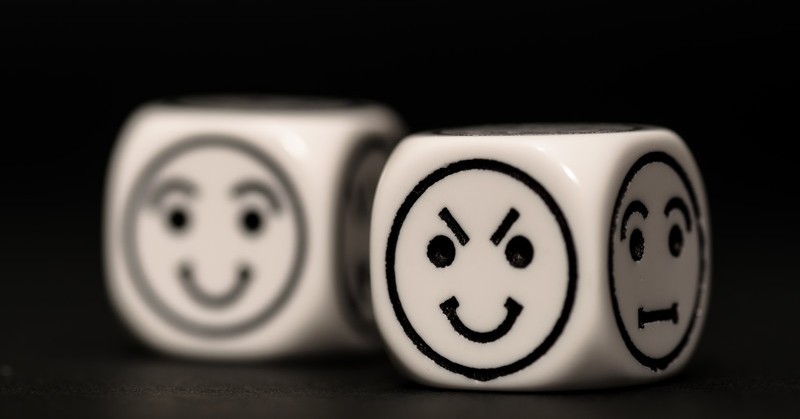 For many people, the prospect of a clash is simply terrifying. Maybe because they are afraid to become the target of anger, or they feel uncomfortable with the idea that they can harm the relationship. Passive-aggressive people know it and use it for their benefit. In fact, they often choose their “victims” because they know that they would not dare to expose the anger behind their words and attitudes.

Why passive-aggressive behavior is not a good idea?

A passive-aggressive behavior is the one that hides rage, resentment, anger, and even hate at the base, to be “politically correct”. However, its goal is not to be assertive, but to cause harm to the other by avoiding a direct confrontation. In fact, it is a form of abuse in which the person behaves in an elusive, ambiguous and evasive way.

At first glance it may seem that this behavior is more functional than the aggressive coping style, but the truth is that it does as much damage as the pure and simple aggression. In fact, it does not only affect interpersonal relationships as the person creates malaise on his path, but also increases the risk of suffering from all stress-related illnesses. Several studies have linked the passive-aggressive coping style with a greater propensity to suffer from personality disorders and stroke or heart attack.

But it must be clear that passive-aggressive behavior does not solve any problem, it only creates new conflicts, it is not even useful for the person to channel his emotions and feelings since, to achieve his goal, he must keep them under close control.

1. Silent treatment. It consists in completely ignoring the other person, refusing to talk to him or treating him extremely coldly. In the most extreme cases, even his presence is ignored, trying to make it seem accidental, even though it is actually a deliberate behavior.

2. Thin insults. We all recognize a direct insult, but the insults of passive-aggressive people are difficult to identify. Often they camouflage the insult with a compliment, but when you stop thinking about it, you realize that it is a masked insult to hurt your weaknesses. In fact, one of the most preferred tools of passive-aggressive people is sarcasm, so you still have the doubt that they really insulted you or not.

3. Moody behavior. It is annoying to be alongside people who are always in a bad mood or who complain constantly. Passive-aggressive people do not respond directly, but they get angry and do not say it, so they saturate the environment with tremendous tension, making everyone around them uneasy, and they can’t realize what happened.

4. Stubbornness. Being stubborn can be a trait of personality and may also be useful in some situations, but sometimes it becomes a way to punish others. In this case, you will notice that the person grabs his position, even if he realizes that he has no arguments in his favor, he only does it to bother you.

5. Sabotage. Because passive-aggressive people do not solve the problems in a mature way, they often resort to indirect tactics to hurt. These people will not say that they do not want to do anything, but they will resort to sabotage so as not to be involved or make the project fail. They may also resort to blackmail, even if subtly, to limit your freedom of action and decision.

6. Victimization. The passive-aggressive person does not look for a direct confrontation, so often he shows himself as a victim to generate guilt in others and then be able to manipulate them.

7. Ignorant resistance. When trying to clear a passive-aggressive person, this will never take responsibility for his words or attitudes. He will deny that he has said what he is being accused of, and will say that you invented it. This is a particularly frustrating attitude.

How to behave with someone who exhibits a passive-aggressive behavior?

1. Identify the behavior. The first step is to identify passive-aggressive behavior and understand that it is a disguised hostility. We should not be fooled by the apparent harmlessness because it hides a disguised aggression.

2. Ask for clarification. Passive-aggressive people often abandon their manipulation tactics when they realize that they have been discovered. You do not have to get angry or raise the tone, but when these people resort to sarcasm or subtle insults, you can simply ask them, “What did you mean?” Asking them to be more specific puts them to the ropes, so usually it’s enough to stop them.

3. Unmask the emotion. In each relationship there are two parts, which means that to continue the passive-aggressive behavior, the person has to count on your “complicity”. So do not follow his game, and instead, unmask the emotion that is at the basis of his words or attitudes. You can say, “I feel you are annoyed and angry.”

4. Manage the refusal. When you detect a passive-aggressive behavior, the first reaction of the person is denying his intentions. It’s normal, since he does not want a direct clash. At this point it is important not to feel frustrated and resort to an assertive style of communication. It is not about being right, but resolve a conflict in which both must win. Therefore, before denial, you can say: “From your words I have deduced that you’re angry, because if I were in your place I would,” in this way you show empathy and lower the guard of the person.

5. Set limits. There are moments when there is no other alternative than resort to a direct coping style. In that case, you have to clarify, without getting angry, that you will not tolerate any type of emotional blackmail, victimization or sarcasm. When you do it, it’s important you put yourself in that person’s place, who probably does not know any other form to relate to others. Highlight his strengths and emphasize your willingness to dialogue, but with respect, avoiding manipulation.