Home » Does it exist the photographic memory? 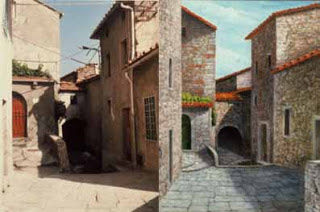 It is quite common to hear someone saying: “I have a photographic memory”, using this phrase to indicate that the view is extremely important in building memories sense.
For example, those who predominantly use the visual channel after studying a lesson are able to visualize the distribution of the paragraphs, the position of the images, titles … While those who mostly use the ear canal memorize and code the material listening while its read, either aloud or in asubvocal way.
But there is a rarer photographic memory usually evidenced in children and pre-teens: the eidetic memory.
To find out if we possess this rare memory we can focus on a relatively complex picture for about 30 seconds. Later we ask someone to remove it and we try to remember everything without mouving the sight of the place where the picture was.
People with eidetic memory claim that still see the displayed image and are able to “scan it” with all the details, as if it were actually in front of them.
The key in the process of identifying a person with eidetic memory is that, although the images are not present, they are able to remember them with all the details.
The eidetic image is different from other mental images because the images that most people captured and stored in their memory generally have different colors from the original and acquired some movement in relation to eye movements with which we scan them.
The eidetic image isn’t voluntarily controlled by the person and usually can be attenuated and disappear involuntarily, piece by piece for not being recovered anymore. It lasts more or less about half a minute and sometimes to destroy it titi s enough simply to blink.
It is a picture that stays on hold before our eyes though, of course, as every memory, it is also vulnerable to any other mnemonic contamination.
In literature, most of the reported cases of people with eidetic memory are children, while the prevalence in preadolescent round between 2 and 10%. Although it is also common among people with mental retardation or in the geriatric population.

The mechanism underlying eidetic memory and how to develop is still a mystery, although it is known that if the person talks while viewing the image, even a few words, the quality of the eidetic image weakens.
One of the best known and striking cases of eidetic memory is the American painter Franco Magnani. Emigrated very young, from Pontito, a small Tuscan town in Italy, after several years was able to reproduce on a painting every detail of his hometown.
In 1987 the photographer Susan Schwartzenberg took a snapshot of Pontito that can be compared with the creation of the painter, noting that even the prospect is astonishingly faithful as shown in the picture at the beginning of this article.
Some psychologists claim that eidetic memory is closely related to the emotions as well, regardless of ability to retain images, those that are emotionally significant are more detailed and stay longer in our memory.
Source:
Schwitzgebel, E. (2002) How well do we know our own conscious experience? The case of visual imagery. Journal of Consciousness Studies; 9(5-6): 35-53.