Home » 3 instincts you should never ignore 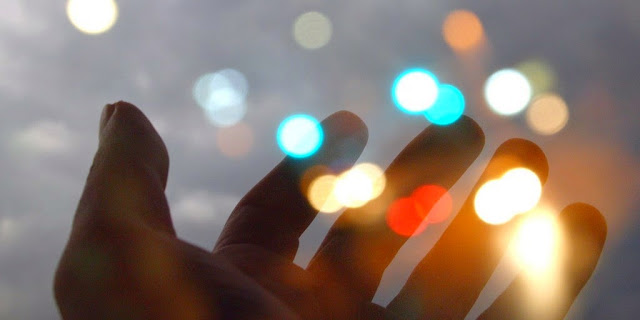 The primal instinct is not a paranormal power and don’t exist only in the animal kingdom. It is true that we are not provided with complex patterns and inherited behavior, like many animals, but we have certain innate inclinations towards certain behaviors. These are activated by specific stimuli, without thinking to too much about how we should react, and have a fundamentally adaptive nature.

For example, we all have the survival instinct, we’re born with it. Thanks to this, we can keep us safe when we are facing a danger. In that moment, our rational mind goes out and takes over the oldest part of the brain. Emotional hijacking occurs allowing us to react quickly and get to a safe place.

The primal instinct is an automatic and visceral response that usually communicates to us through intuition. In fact, we could say that intuition is the sublimated manifestation of instinct, and although not averaging the analytical reasoning, it gives us a much more elaborate information which is not as peremptory to push us to action. While instinct leads us to act almost immediately, intuition is an alarm signal that makes us stop and think.

However, after centuries of civilization, we’ve taken our instincts aside silencing our intuition. We have opted for reason, we try to hide feelings and make a deaf ear to the call of instincts because we believe they are not at “our level”.

Anyway, consider that paying attention to your instincts or intuitions doesn’t mean judging, or be influenced by stereotypes or fear, it means simply listening to what your body or most emotional part of your brain have to say.

Your primal instinct encloses a message

1. Sense of danger. Probably you felt of being in danger sometime and wondered whether it was real or just exaggerating. When you feel a pang of anguish motivating you to run, the first thing you think is that it’s your imagination. However, when you perceive that you are in danger, it is better to act. The same applies to health problems in those times when we feel that something is wrong but can’t pinpoint what it is.

Of course, it doesn’t mean we have to fall into hypochondria or paranoia but that we should hear a few more signals from our body. In fact, remember that our unconscious captures more information than can be processed consciously, so that sometimes the perception of danger comes from this and we should pay attention.

2. First impression. The first impression is a mechanism through which we attribute personality traits based on small elements, usually visual cues, such as a person’s face, the clothes he wears or how he moves. This process is very basic but useful to guide us when we know almost nothing about the other person, which means he could also be dangerous.

Therefore, while the first impression doesn’t become a stereotype, it is sometimes convenient to accept this signaling mechanism that can lead us to approach a person or get away from him, considering that can threaten us physically or psychologically.

3. Correct decision. Every day we make decisions, some takes just seconds, others are more important and put us in front of a crossroads. To make a good decision, especially when it comes to a choice that can change our life, it is recommended to take some distance from the problem, this way we can assess the different options from a more objective perspective.

However, emotions are not our enemy. In fact, before making a final decision, it is desirable to explore how we would feel. Let’s talk the part of yourself that’s saying you’re taking the right path or the wrong one. It doesn’t mean that you have to permit your instincts to guide exclusively, but you have to hear them, because if you feel uncomfortable with a decision, probably it means that’s not good for you.

How reliable are the primal instinct and intuitions?

Instincts can be wrong and hunches are not always reliable. However, we can also err by taking a purely rational decision. In fact, a study conducted at the University of Tel Aviv showed that to be driven by our instincts is not as crazy as it seems because we could succeed in 90% of cases.

In this experiment, the psychologists involved the volunteers in a carefully controlled process of decision making. The computer screen showed sequences of numbers in pair, passing quickly.

A sequence was shown in the upper right part and the other on the bottom left. The task of the volunteers consisted in identifying the row that had the highest average. However, the problem was that as the numbers went so fast before their eyes, it was impossible to memorize them, so they had to use the intuitive arithmetic.

The amazing thing was that the more pairs of numbers were presented on the screen, the least possibilities had the persons to calculate the average but the most successful were their answers. In fact, when six pairs of numbers were showed 65% of people hit them. When the pairs become 24 the correct answers increased to 90%.

This simple experiment shows that to trust in our intuition and let us be driven by our instincts isn’t always that bad. On the contrary, it can lead us to make the right decision.

There are times when we need to implement the wise phrase that gave us the Spanish writer Armando Palacio: “When we skirt the abyss and the night is dark, the wise rider loosens the reins and rely on the instinct of the horse”.