Home » Talking more or less: What is better to make a good impression?

However, breaking the ice is not always easy, much less maintaining a fluid conversation with someone we have just met. In those cases, we usually sin by default. Most people think that to be nice and make a good impression they need to talk less and listen more. Science disagrees.

A study conducted at the University of Virginia revealed that people tend to think they should talk about 45% of the time to be nice to someone they just met. However, experiments indicated that they are wrong.

The researchers paired up unknown people and instructed them to talk about 30, 40, 50, 60 or 70% of the time. Thus they were able to calculate exactly the time of use of the word.

They found that the more the participants talked, the more their new conversation partners liked them.

It is not the only study that proves it. Nearly a decade earlier, other researchers conducted a similar experiment in which they asked one person to speak while the other assumed the role of listener.

After 12-minute interactions, they found that listeners liked the speakers more. In contrast, those who spoke did not show the same sympathy for the people who just listened.

The reticence bias and the tendency to talk less

The mistaken belief that being quieter will make us seem nicer and make a better impression is called reticence bias. This bias probably stems from the belief that to be empathetic we need to listen more.

Without a doubt, active listening is part of empathy, but to connect emotionally with others we also need to open up. Researchers suggest that one of the reasons people who talk the most impress us is because it allows us to learn more about them.

That openness helps us find more common ground, so it’s easier for us to put ourselves in their shoes. The most open and extroverted people also allow us to lower our guard and can make us feel more at ease. They also avoid the awkward silences that often occur with people whose words need to be wrested from their mouths.

In fact, the researchers explain that when we meet a person, especially if we don’t spend much time with him, we generally only form a first global impression. It is difficult for us to think that he is intelligent, interesting or cynical because the mark he leaves on us is more linked to the sensation we experience during the conversation, so that we will have a positive or negative impression.

For that reason, if we want to make a good impression and establish a connection, we probably have to get rid of the reticence bias and we should make an effort to talk a little more than usual.

Of course, that doesn’t mean monopolizing the conversation. Overwhelming the other to the point of preventing him from talking almost completely will not make a good impression, on the contrary, but if we are people who talk little, we should worry about talking a little more. It is likely that in this way the conversation will be more fluid and we will transmit a more open and positive image.

Sprecher, S. et. Al. (2013) Effects of self-disclosure role on liking, closeness, and other impressions in get-acquainted interactions. Journal of Social and Personal Relationships; 30(4): 10.1177. 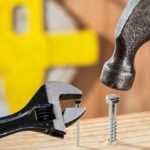