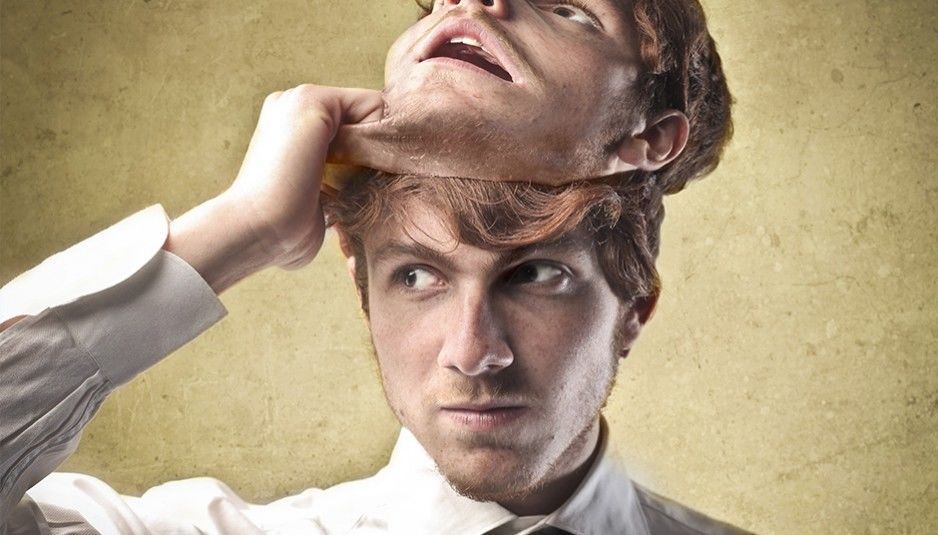 The word narcissism has crept into popular culture to refer to people who love themselves too much and constantly seek the attention and compliments of the others. They are people excessively concentrated on themselves, with little empathy.

In reality, a dose of self-love is essential. We need to value ourselves and love ourselves enough. A solid self-esteem is the basis for maintaining emotional balance and be successful. However, there are times when that self-esteem is artificially high and the person needs constant admiration. Then we refer to narcissism, which can become a personality disorder, accompanied by maladaptive behaviors that end up causing damage in interpersonal relationships.

People who suffer a Narcissistic Personality Disorder show a pattern of grandiosity, develop a deeply egocentric attitude and believe that they are of vital importance in the life of the whole world. They lack the necessary mental flexibility to realize that we are all important to some and inconsequential to others.

The narcissistic personality is characterized by:

– Feelings of greatness and arrogance. The narcissistic person often exaggerates his achievements and talents, usually with the aim of having others recognizing and praising them, even if in reality he doesn’t succeed.

– Suffers fantasies of success, power, brilliance or beauty that have no support in reality, which leads him to live in a kind of “alternative world” where everything is perfect.

– Believes that he he’s “special” and unique, which leads him to despise the others and wanting to relate only to those people who have a high status and are “up to him”.

– Experiences an excessive need for admiration, without which he feels useless and/or misunderstood.

– Shows unreasonable expectations, expects to receive special treatment without having done anything to deserve it, which translates into an arrogant and superior attitude.

– Exploits interpersonal relationships, takes advantage of the others to achieve their own purposes or meet their needs.

– Lacks empathy, he’s not willing to recognize or identify with the feelings and needs of the others.

– Believes that the others envy him for his supposed successes or talents.

Broadly speaking, we can refer to three major types of narcissism according to the way you look for admiration and attention:

– Exhibitionist narcissist, who needs the admiration of the others and, for that, does not hesitate to exaggerate or invent his achievements and/or talents.

– Introverted narcissist, who seeks the attention of the others by assuming the role of victim, through subtle manipulation strategies.

– Toxic narcissist, which satisfies his needs of admiration through control, power and harassment, making the others feel inferior.

These types of narcissism unfold in more specific personological profiles:

This type of narcissism is characterized by extreme “vulnerability”. This narcissistic person experiences an enormous need for love, which is not satisfied with anything. It’s like a bottomless pit that never fills up. He simply believes that he does not get enough love, he feels fleetingly satisfied with the attention of the others but then he experiences that vacuum of approval and affection again. At the base of this behavior lies a deep fear of rejection and abandonment, so the narcissist clings to dependency. To meet those needs, he has no qualms about manipulating the others. His emotional demands are increasing, so that his partner and close people are drained emotionally to try to nourish, comfort and sustain that “ego” in need of affection.

This type of narcissism clings to power because it has an insatiable need for dominion and authority. This person behaves arrogantly, believes that he is superior, often despises others and treats them as if they were “inferior”. He thinks that he is always right and needs to have control of the situation, so his mere presence is often oppressive. When such a narcissist takes power, he makes life impossible for his subordinates. When he has a relationship, he uses it as a trophy. It generally reifies people, who are merely a means to demonstrate his power and satisfy his needs for authority. This narcissistic person is very possessive, to the point of falling into abuse. And he does not hesitate to use contempt so that the others feel like losers, proving that he is a winner.

This type of narcissism is characterized by an exaggerated perception of the “ego”. In his mind, he is the most powerful, influential and important person in the world. To make sure that the others know and pay homage, he always compares his supposed successes and achievements. Generally it exaggerates its importance because he wants to raise envy or admiration. This narcissistic person always gives his opinion, even when not asked for it, and believes that he knows more than anyone, regardless of the subject. He usually thinks that he is destined to achieve and deserves great things, even if he does not do anything to achieve them. Often he can be a charismatic person, so it can attract many admirers to its “orbit”, who finally end up realizing that he is nothing trascendental.

This narcissistic person develops elaborated fantasies, to the point that practically all his life takes place in his inner world. He believes that the real world intrudes into his perfect world, which generates frustration and resentment. He perceives that reality is cold and hard, so he tends to avoid it and only finds gratification in his ideal world, where he is a perfect person, has a perfect job and perfect relationships. When this person relates to the others, he tells his inner world as if it were real, so he lies repeatedly. A fictional life is usually invented to raise the envy and admiration of the others. And he does not recognize that his lies even when confronted with reality, always looking for an excuse to prop up his fantasies.

Looking good and being in shape is important for health, but this type of narcissism goes a step further because it implies an obsession with the body and beauty. The scale of values ​​of this person is reduced to the image, fashion, beauty, youth and glamor. He needs to be admired for his physical characteristics since his self-esteem is inextricably linked to his body image. This narcissistic person is usually very perfectionist and dedicates a lot of time to his rituals of body care and beauty. The problem is that he also applies that pattern to the others and judges ​​them according to their physical appearance. He also thinks that he deserves everything because of his beauty and physical form.

It is a common type of narcissism, whose rage simmers under the surface. His unhappiness manifests itself with an increasing hostility towards all. For this narcissistic person, there is always an enemy willing to hurt him. He often experiences episodes of explosive fury with “irrational”, baffling or inexplicable causes. Usually it is a verbal violence, he “whips” with his words the people nearby causing much damage. Behind this behavior hides an emotional hypersensitivity, so when this person does not receive the praise and admiration he expected, he can interpret any word as an insult or a disregard. He takes everything as a personal attack, which provokes him anger. This affectation of the “ego” is called narcissistic wound.

This type of narcissism shows the best face. The person is charming, attractive and kind. At least at the beginning. Unfortunately, this appeal is just a varnish that hides a much more murky personality. Behind the “trust me” messages are malicious intentions. In reality, the narcissist wants to gain the trust of the others to use them in his favor. He practices a kind of “emotional vandalism” whose damage is so terrible that it often costs his victims years to recover and trust another person again. This narcissist uses his charm to dazzle the others and drain them.

In this type of narcissism, suffering is everything. The personal identity of this narcissist is built around pain, being a victim or even a survivor. Suffering justifies his needs for attention and the parasitic demands that give rise to unbalanced and exploitative relationships. Obviously, this person carries an enormous emotional baggage. The pain of the past goes away. It contaminates the present with that suffering that, in his mind, makes of him an exceptional person. Relating to this type of narcissist can be very complicated because he never meets the needs of support we all have but constantly demands support and attention because no one has suffered more, nor does he had a worse time. When he is denied that attention, he will not hesitate to throw accusations to generate a feeling of guilt that allows him to remain a martyr.

This type of narcissism is based on the “high moral level”. These are narcissistic people who consider themselves more useful, good and kind than the others, so they often look over their shoulders and criticize them. They believe that they are a kind of Messiah. They do not hesitate to tell all their moral “exploits” to receive praise from the others. They will present themselves as saviors, but in reality his seemingly disinterested help brings many conditions implicit. This person will not hesitate to claim favors and demand constant homage for his supposed “sacrifice”, so the relationship becomes a permanent debt.

It is one of the most dangerous types of narcissism. Generally this person acts from the shadows, using manipulation to destroy the others. To feel superior, this person needs to crush the others. That is why they have no qualms about creating conflicts in their path or inventing lies that affect their competitors. He can do anything to get his “enemies” fall. Instead of trying to grow and improve, this narcissist suffers Procrustes Syndrome and despises everyone who excels, so try to trip them up and defame them to damage their reputation. This way they can be the center of attention and admiration.

The narcissistic person needs to seek psychological help since that deep self-centeredness harms those around him and generates unhappiness. These are some tips on how to deal with a narcissist without losing the psychological balance.