Home » Affective presence: Did you know that we all have a unique “emotional signature”? 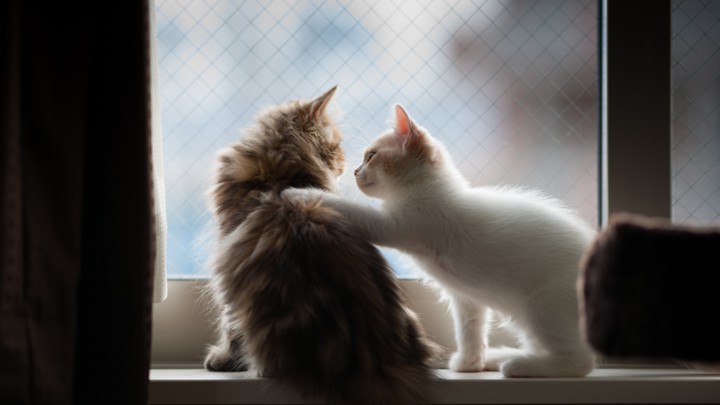 The mere presence of Elvis Presley made the teenage girls scream and faint from the emotion. Charismatic leaders like Mahatma Gandhi and Martin Luther King inspired strength and serenity. The philosopher Hermann Broch, on the other hand, was one of those friendly presences with whom we feel comfortable to open up and free ourselves from the weight of our problems.

There are “special” people who simply entering the room make everyone feel comfortable, as if by magic. Their influence relaxes and calms us, transmits good vibrations and enthusiasm.

Other people have the opposite effect: when they approach us, our nerves tighten up, they irritate us or make us feel uncomfortable, even if they do not do anything special or are in a bad mood. When they arrive, we just want to escape. In Psychology, that power to influence the feelings of others is called “affective presence.”

The “Me” effect: Each person has a unique emotional signature

The concept of affective presence was first described in 2010 by psychologists Noah Eisenkraft and Hillary Anger Elfenbein, when they asked themselves whether it was possible for some people to emanate a special emotional influence that made others feel at ease or, on the contrary , that they will experience discomfort.

In one of their experiments, they assigned 239 university students of different nationalities to different groups composed of four or five members, enrolled them in the same classes for a semester and asked them to do a project together. Then, each member of the group evaluated how the rest of his classmates made him feel, taking into account eight different emotions: stressed, bored, angry, sad, calm, relaxed, happy and enthusiastic.

The researchers found that some people almost always generated the same feeling in the others, regardless of their mood and the mood of the recipient. They indicated that “there are significant differences in how people experience their emotions and the influence that those emotions exert on the others.” That is, beyond how we feel, we generate an emotional influence on those around us, which was called affective presence.

What is the affective presence?

Affective presence goes beyond simple emotional contagion, which refers to our power to make other people experience our emotional states through automatic mimicry and the synchronization of body expressions and movements.

The affective presence is an effect that we produce in the others without realizing it, a kind of “affective vibration” that has the same result on everybody we relate with, making them feel good or bad, regardless of their previous mood.

While emotional contagion refers to the transmission of the emotions we are experiencing, the affective presence is a kind of “emotional signature”, a distinctive hallmark that characterizes us and that the others can perceive more or less consciously.

Like the rest of personality traits, some people have a more marked affective presence than others. There are people who make us feel comfortable quickly and transmit their vitality and joy, while the contact with others is more affectively flat and we need more time to capture their affective presence as it is much weaker.

That affective presence can be positive or negative. Some people also leave a negative emotional imprint because they make the others feel uncomfortable with their mere presence. We may feel intimidated, frightened or dwarfed, even if that person has not attacked us directly.

Why do some people have a stronger affective presence than the others?

The affective presence could be related to the ability to regulate our emotions and those of the others. A more recent research conducted at the universities of Sheffield and Manchester found that people who try to improve their emotions, are empathetic and understand the emotional experiences of the others, tend to have a more intense and positive affective presence.

It has also been discovered that the fact that these people generate that positive effect on the others does not necessarily imply that they experience those same positive emotions. There are special people who have had a difficult life or have suffered a psychological trauma but are still able to generate a great sense of calm or transmit a lot of enthusiasm.

These psychologists explain that throughout the day we experience many “emotional flashes”, whether of joy, sadness, anger, frustration … These emotions are revealed through our body language, facial expressions or even the tone of our voice.

Those who have a positive affective presence are able to self-regulate so that their negative signals do not infect the others; that is, they have the ability to soften the noise of their lives, so that the others are not affected. This high level of emotional regulation would allow them to find the positive even in the most negative or adverse situations, so that they can transmit serenity and enthusiasm.

People with a negative affective presence, on the contrary, would lack that degree of emotional self-regulation and would not have developed enough empathy. The sensation of discomfort that they transmit would be the result of unleashing those negative “emotional flashes” that their interlocutors unconsciously grasp.

How to know what your “emotional signature” is?

Being aware of your emotional signature is very important. People who have a positive affective presence tend to be more successful at work and in interpersonal relationships. Actually, it’s not strange. We all like to be surrounded by people who transmit good vibrations and give us value.

However, it is very difficult to be objective when evaluating the effect we exert on the other people. Between the image we want to project, the one we project and the image that the other receives there is a world of transformations.

Therefore, the best way to discover your emotional signature is to listen to the feedback of the others. Do they feel safe and comfortable by your side? Can they speak frankly or feel intimidated? Do you transmit enthusiasm or apathy?