Home » The bias blind spot, or why everyone thinks they’re better than you 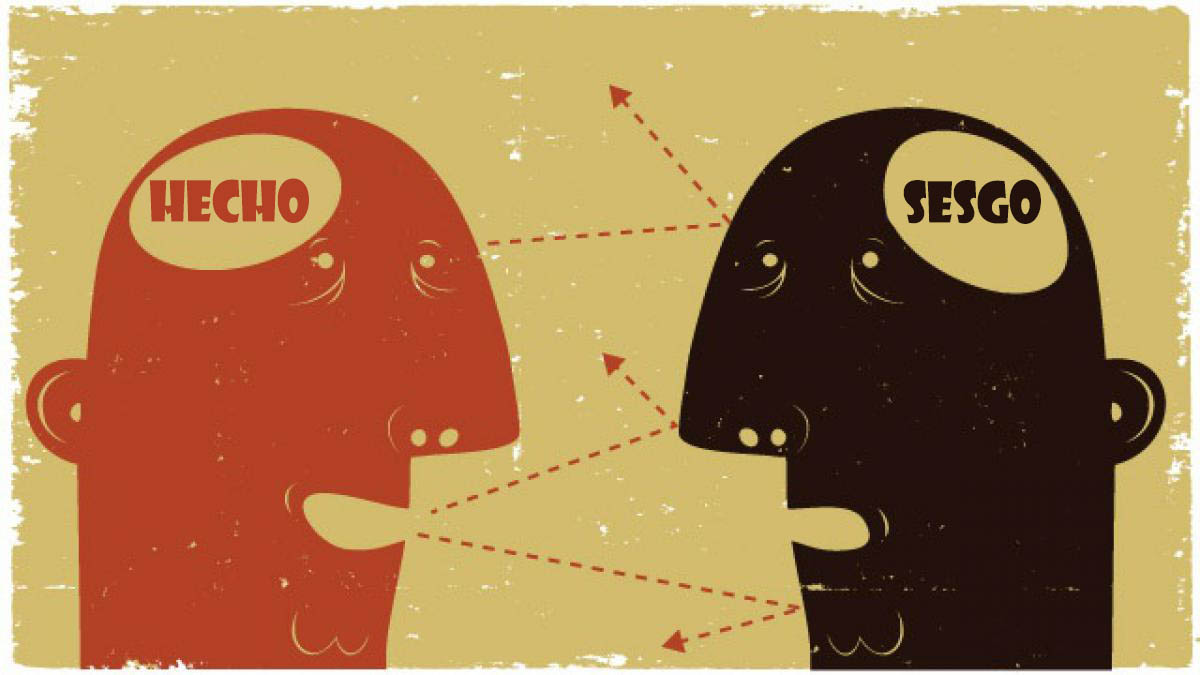 “Six Hindu sages, very given to study, wanted to know what an elephant was. Since they were blind, they decided to discover it by touch.

The first to arrive next to the elephant, hit his wide and hard back and said: ‘I see, it’s like a wall’.

The second, touching the tusk, shouted: ‘It is so sharp, round and smooth, the elephant is like a spear’.

The third one touched the twisted trunk and shouted scared: ‘The elephant is like a snake’.

The fourth extended his hand to his knee, touched and said: ‘Obviously, the elephant is like a tree.’

The fifth, who accidentally touched an ear, exclaimed: ‘Even the most blind of men would realize that the elephant is like a fan’.

The sixth, who touched the swinging tail, said: “The elephant is very similar to a rope.”

So the wise men argued long and hard, each one being excessively stubborn and violent in his opinion. Although partially right, everyone was also wrong.”

The parable of the six blind sages and the elephant, attributed to Rumi, Sufi Persian of the thirteenth century, shows perfectly our tendency to overestimate what we know and our strong obstinacy to cling to our opinions and beliefs, ignoring everything that put them into question. In Psychology, that is called “bias blind spot.”

What is the bias blind spot?

The bias blind spot is a concept proposed by Princeton University psychologist Emily Pronin, and refers to our inability to realize our cognitive biases and our tendency to think that we are less biased than the others. We think we see things in a more objective and rational way, as they are “in reality”, while the others have a biased judgment.

In general, we believe that we are better or more correct than the others. We think that we are above the average in terms of positive qualities that we value the most. For example, if we hold sincerity or justice in high esteem, we will believe that we are more sincere and fair than most people.

In this way we convince ourselves of our moral rectitude and the veracity of our ideas, believing that our “unique” experiences and life circumstances have given us a broader, richer and more wise perspective than that developed by the people with whom we relate daily or we watch on television.

Science has proven the existence of the bias blind spot. A study conducted at Stanford University revealed that most people (exactly 87%) consider that they are better than the average. 63% think that the self-portrait they have of themselves is objective and reliable, so they do not recognize the existence of biases, and 13% even claim to be very modest when describing themselves.

These psychologists discovered that only 24% of the people, when they are informed of the existence of the bias blind spot, are able to recognize that perhaps their self-concept could be mediated by some cognitive bias.

Why do we believe that we are more rational and objective than the others?

The idea that we perceive reality without distortions arises, at least in part, from the fact that we do not analyze our cognitive and motivational processes; that is, we do not do an examination of conscience. On the other hand, to realize our prejudices and limitations we need to perform an exercise of introspection and infer that, like everyone else, we are not immune to cognitive biases.

However, as soon as there is a discrepancy between what another person thinks or perceives and what we think or perceive, we assume that we are right and infer that the others are less objective and rational. We also avoid the appearance of a cognitive dissonance, which would force us to do a deep inner work to change some of our ideas, perceptions or beliefs.

In fact, psychologists conclude that “cognitive and motivational factors reinforce each other to produce the illusion that one is less biased than the others”. That is, we deceive ourselves to think that we are more rational and objective.

This self-deception also allows us to evaluate ourselves in a more favorable light that underpins our self-esteem. In other words, we want to think well of ourselves, to avoid the hard work involved in changing, so we cheat ourselves thinking that it is the others who are deceived.

An “ego” that phagocytes what is different is condemned to immobility

The problem of not recognizing that we are victims of the bias blind spot is that we will end up living in a world that is increasingly far from reality. Feeding our vision of the world only with our beliefs and through our perceptions, excludes everything different because we think it has no value.

This way we will end up creating an increasingly smaller comfort zone in which we only allow access to what is comfortable or what is in tune with our way of thinking. This mechanism of exclusion prevents us from growing because it breaks any bridge with the different, which is just what we need to expand our horizons.

“The expulsion of the different and the hell of the same set in motion a process of self-destruction […] They entangle us in an endless loop of the”ego” and, ultimately, lead us to a self-propaganda that indoctrinates us with our own notions”, warned the philosopher Byung-Chul Han.

How to escape, or at least recognize, the bias blind spot?

Cognitive and motivational biases are an inevitable product of the way we see and understand the world around us. Accusing the others of impartiality, while denying our own impartiality, leads to misunderstandings, generates distrust and causes an escalation in the conflict, so that it is impossible to find a common point to reach an agreement.

We must start from the idea that we do not see things as they are, but as we are. That means, as people, we are as biased as the others because we cannot get rid of our “ego” when relating to the world. We have to assume that, often, our view of the facts is as partial as that of the blind sages of the story.

Assuming our bias is difficult in a world that advocates impartiality and objectivity, without realizing that both concepts are an illusion product of rationalism. We are subjective beings, and there is nothing wrong with that, as long as we have enough cognitive flexibility to enrich our world with the subjectivity of the others. The encounter of two or more subjectivities is what brings us closer to objectivity.

To achieve this we need a dose of intellectual humility, to realize that no one is better or worse, we are only biased in different aspects of life. Adopting this attitude will allow us to grow as people, be more tolerant and, with a bit of luck, make the world a better place or, at least, a world where differences have a place as an expression of authenticity and uniqueness.