Home » How to free ourselves from the prison of our life, according to Henry David Thoreau 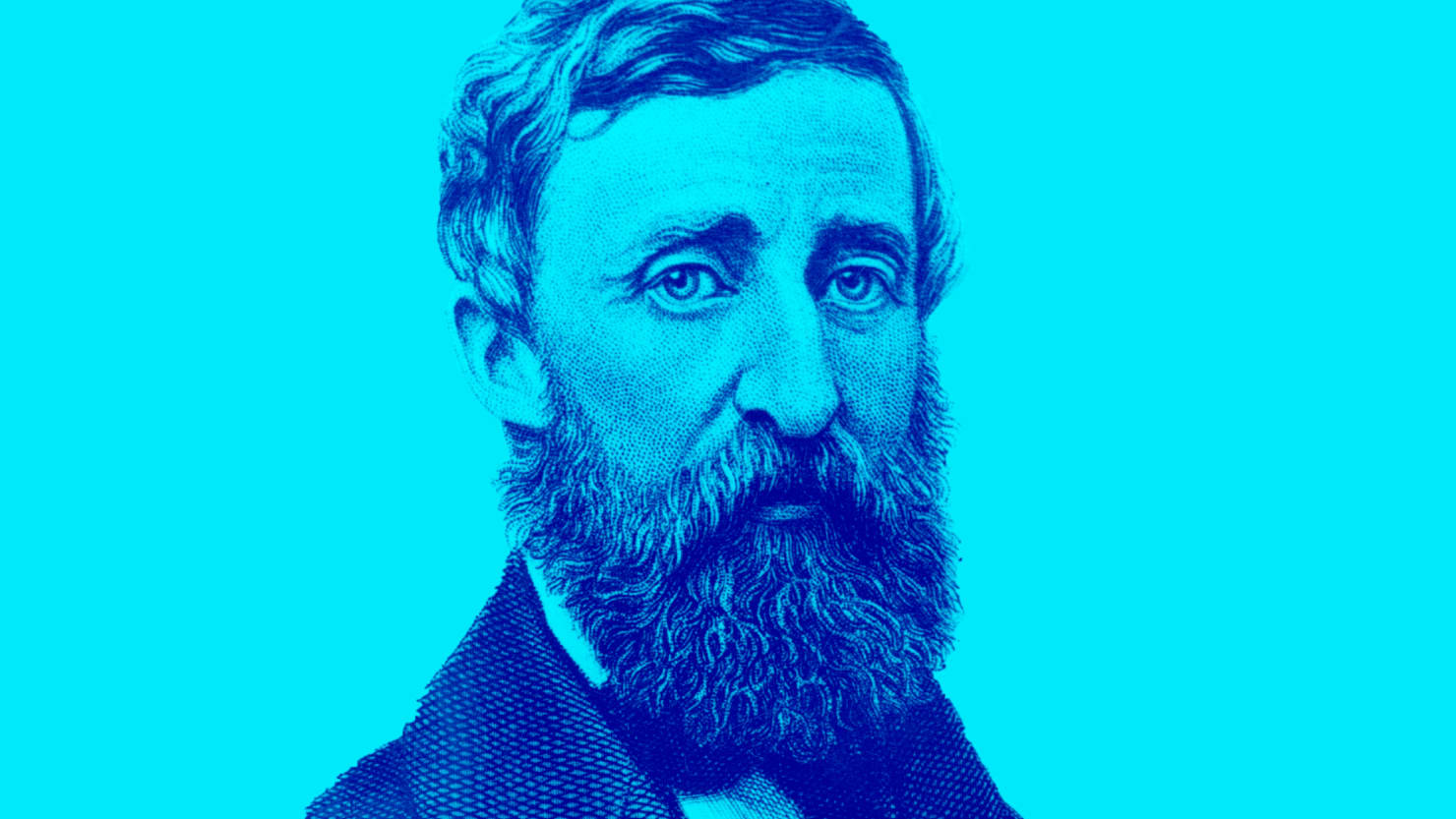 “For an apparent destiny commonly called necessity, men dedicate themselves, according to an old book, to accumulate treasures that the moth and the rust will spoil and that the robbers will enter to steal. This is the life of an idiot, as men will understand when they reach the end of it, if they don’t do it before”, wrote Henry David Thoreau, who lived almost like a hermit for two years to free himself from the prison of his own life.

Son of a poor family of French immigrants, his classmates made fun of him because he could not buy a decent coat. His family prospered thanks to the fact that their son applied to the family business what he had learned at Harvard, inventing a better pencil and perfecting the machine to make it. However, there was something strange about that young man who was not satisfied with the fate that had been his lot and refused to bend to the corseted norms dictated by the society of his time.

In July 1845 he decided to break the umbilical cord. He built a cabin on Lake Walden and lived there for two years, away from everything. In his refuge he dedicated himself to writing, reading, enjoying nature, and, above all, to reflect a lot. He reflected on a world in which he feared that thinking would be out of place.

“I went to the woods because I wished to live deliberately, to front only the essential facts of life, and see if I could not learn what it had to teach, and not, when I came to die, discover that I had not lived”, were his words.

His concerns and reflections were as incisive and current in the mid-nineteenth century as they are today. His words are a great blow for all those people who have become accustomed to a suffocating life full of unnecessary worries, a “life of silent despair”, as he himself described it.

Search tirelessly for your own truth, do not be content with the truth of the others

Thoreau maintains that we become slaves because we are not able to take charge of our lives. We can feel frustrated and trapped but, instead of looking for the way out, we just content ourselves with that terrible illusion called resignation. We look around us and, although we do not like many things, we console ourselves thinking that everyone does the same. We do not understand that “evil of many, consolation of fools”.

We are convinced that the ways of thinking, feeling or acting that society has taught us are the only ones possible. And that certainty is what keeps us tied to a situation that we do not like or that even produces a clear discomfort or harms us. Instead of living, we just survive in the narrow comfort zone we have built.

To get out of that vicious circle, the first step is to question everything, not take anything for granted, not even what we have been taught as children or the rules, beliefs and ideas with which all around us agree.

Thoreau said: “No way of thinking or doing, no matter how ancient, can be trusted without proof. What everyone chooses or accepts silently as indisputable truth, tomorrow can become falsehood.” Only when we begin to question things, instead of resigning ourselves to them, we can really change. A change that leads us to self-liberation.

The path to personal freedom begins with simplicity

“Heaven is under our feet as well as over our heads”, said Thoreau, and in those lines we can see that despite his disillusionment with the society, he was also firmly convinced that we can be happy here and now.

The path he proposes is a meaningful life marked by simplicity: “Whatever the meaning of your life, find it and live it: do not reject it […]Cultivate poverty like a garden herb, like sage. Do not trouble yourself much to get new things, whether clothes or friends. Things do not change; we change. Sell your clothes and keep your thoughts.”

When Thoreau said that accumulating goods is foolish, he meant that the psychological cost we pay for these objects is too high and we are often not even aware of it. “The cost of a thing is the amount of what I call life which is required to be exchanged for it, immediately or in the long run“. How many hours of our life are we willing to waste to acquire more technological products, bigger, modern or simply more beautiful?

His idea that “Men have become the tools of their tools”, slaves of the consumer society who do not realize how the things they have created have ended up dominating them because they dictate how they spend their time, it is more current than never. We produce with programmed obsolescence to force ourselves replace the things that are broken and we adapt ourselves gladly to the changes in the paradigms of what is considered beautiful to keep anxiousy following fashion.

So, to keep pace with the consumer society, we have to keep ourselves busy generating the wealth that we then squander on things we do not need. The problem is that this hyperactivity actually prevents us from thinking about what we are doing with our lives.

In fact, Thoreau warns us that “It is not enough to be busy, so are the ants. The question is: what are we busy about?” This philosopher wanted us to find a meaning to everything we do, a personal sense. And to inquire into what we really want, we need to get rid of everything we do not want. Then life acquires another perspective.

“As you simplify your life, the laws of the universe will be simpler; solitude will not be solitude, poverty will not be poverty, nor weakness weakness.”

Embracing simplicity, being aware of everything unimportant and dispensable, is extremely liberating because it allows us to abandon the role of slaves and enter society as free people who take the reins of their lives and really decide what they want. And that is a great change that not everyone has the courage to put into practice.