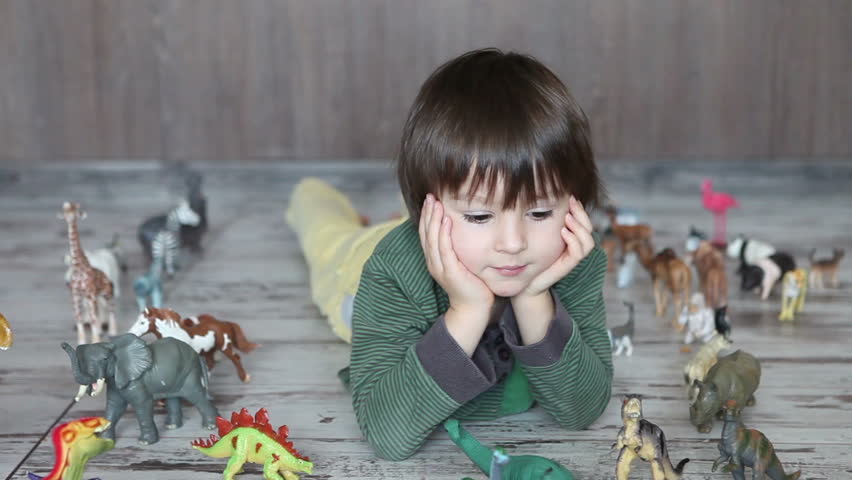 Charlie is a 10 year old boy, lives in Essex and has a great passion: the dinosaurs. A few months ago, his parents took him and his brother to spend the night at the Natural History Museum in London.

Then the little paleontologist devoted himself to carefully review all the pieces and realized that one of the specimens had been classified as Oviraptors but the image showed a Protoceratops.

The parents did not pay much attention when Charlie told them the error, but days later, the National History Museum in London sent them a letter thanking him for the correction and encouraging the child to continue deepening in paleontology.

Charlie’s case is quite peculiar, but his interest in dinosaurs is shared with many other children around the world. In fact, it is likely that at some point throughout your childhood, you too have become obsessed with dinosaurs or, at least you had a friend who loved them.

Children who are passionate about dinosaurs can name without error dozens of species, know what they ate, how they lived and even when they died. An adult can usually only name about 10 dinosaurs, with a little luck.

The intense interests in childhood

The incredible knowledge of children about dinosaurs is based on a phenomenon that in the field of Psychology is known as “intense interests”, a very strong motivation for a specific topic. In fact, a third of children develop at some stage throughout their childhood, as a general rule between 2 and 6 years of age, an intense interest.

In some cases, that interest is not extinguished in childhood but accompanies them for a large part of their lives. They are those people who have always had a passion that, in a certain way, has served as a guiding thread and refuge over the years.

Of course, not all children are passionate about dinosaurs, there are small fans of astronomy who know many stars and know how to identify them perfectly in the sky, others are obsessed with birds, planes or trains. In reality it does not matter what the object of that passion is, what is really important is the effort that children dedicate and the passion they experience.

An investigation carried out at the universities of Indiana and Wisconsin proved that intense interests are very beneficial for the intelligence development of children.

In practice, this type of interests, especially those that demand a conceptual domain as is the case of dinosaurs, not only make that the child have more knowledge about a certain subject but also enhance perseverance, improve attention and enhance skills of complex thinking as the processing of information. It has also been proven that linguistic skills are significantly improved and are an indicator of high understanding.

In fact, these psychologists explain that the way in which some children study dinosaurs or any other object of interest, in reality reveals the strategy that they will then use to face new situations and problems throughout their lives. They will have to ask questions and look for answers on their own, asking for help when they think they need it.

Therefore, those intense interests would be preparing them for life since they do not conform to general data but scratch the surface to deepen. Intense interests allow them to change their perspective, consider strategies to discover what they want, find relationships and, above all, learn autonomously directing their learning according to their motivations.

In short, intense interests make children go deeper into the world and develop critical thinking, motivate them to seek information and develop a passion for knowledge.

The wall against which intense interests clash

An investigation carried out by psychologists from the universities of Virginia and Yale, revealed that the intense interests in childhood do not seem to be mediated by the interests of the parents, since they usually appear during the first year of life without the parents having encouraged them. In fact, some of those interests are rare for the parents themselves.

The bad news, according to that same investigation, is that these interests usually last between six months and three years. Only 20% of children are still passionate about the same issue as they grow up. In most cases the end of that passion comes with schooling.

Apparently, when children start studying, they have much less free time to devote to their “investigations”. To this is added that they understand that the school requires a broader knowledge but also more superficial and often their interests do not fit within the school curriculum, so they just end up abandoning them.

Since intense interests are very positive for children, parents can continue to nurture that motivation at home. They should not only make sure that the child has time to continue deepening in what he or she is passionate about, but they should encourage him or her to find relationships between that interest and the subjects that he or she receives at school.

Remember this phrase of Jeff Bezos: “One of the huge mistakes people make is that they try to force an interest on themselves. You don’t choose your passions; your passions choose you.”

And if your little one likes dinosaurs, you will surely love this book where he will find answers to many questions that he probably asks about his life, diet and habits.