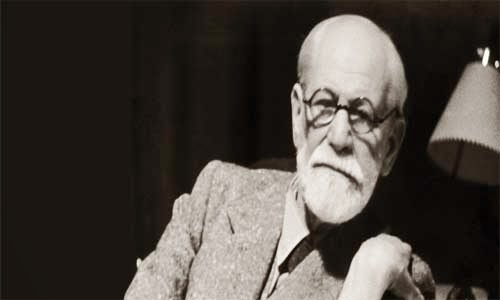 Freud, the father of psychoanalysis, was a brave man, willing to overturn many of the conventions of his time. He was born into a Jewish family but soon lost his religious beliefs and moved his steps toward another direction.When he began to practice medicine, was one of the first to use cocaine for medicinal purposes and also dared with hypnosis, that at that time wasn’t yet a fully accepted technique into the scientific community.

However, he soon began to go his own way, he created the method of free association and laid the foundations of psychoanalysis, furthering the work of the unconscious and outlining scenarios finally proved today by Neuroscience. He also put the emphasis on the sexual determination of our behavior, a taboo in the Puritan society in which he lived.

Finally, his ideas were accepted by the scientific community but he also received harsh criticism, even from those who were his disciples. He had to face them with stoicism, like the jaw cancer that took him to the surgery room several times and eventually led to his death.

Therefore, many of the best quotes from Freud don’t come precisely from his reflections on psychology but from his own experiences, his knowledge of the human nature. Today I invite you to reflect on some of them.

Famous quotes of Sigmund Freud that help us seeing the world from another perspective:

1. “I have been a lucky man, nothing in my life has been easy”

Only in adversity we grow. The problems mobilize our resources and drive us a step further out of our comfort zone. Understanding adversity as a challenge permits us to test and develop our full potential. In fact, if anything characterizes resilient people is that they assume the difficulties as opportunities to learn and develop.

2. “Humanity has always sacrificed some happiness for a little security”

We have an urgent need for security, to give our world a sense. And we’re willing to look for it in any place and at any price. In fact, we often fall into the mistake of confusing security with possessions and money, but these symbols only offer a fleeting sense of security and an illusory control. However, we sacrifice our time and sometimes even people, as long as we achieve that security, which is not a guarantee of happiness, quite the contrary.

3. “Repressed emotions will never die. They are buried alive and will come out in the worst way”

Society taught us to suppress emotions, cataloging some as inadequate and identifying others as a sign of weakness. However, hiding and suppressing emotions is equal to not accept them and therefore, these remain encysted in the unconscious, causing damage. When they finally come to light can cause a real emotional earthquake.

4. “We have a predisposition to consider unpleasant ideas as uncertain, then we seek arguments against them”

Our brain hates inconsistencies, cognitive dissonance is his main enemy. So when some ideas result unpleasant or don’t match our beliefs, we just try them away looking for counterarguments. Obviously, this way of thinking denies change enclosing ourselves within very limited thinking patterns.

Our past conditions us much more than we think. In fact, if we want to understand why we are at some point in our lives, we will be forced to look back, scrutinizing our past experiences and decisions. However, once we are aware of this influence, we can get rid of it and trace the life we ​​want. Our past is there, but we are not chained to the destiny.

6. “Tradition is the excuse for lazy minds that refuse to adapt to change”

The traditions give us an illusory sense of security, they are something familiar which gives a logical order to our world. Therefore, it is understandable that the possibility to abandon them sounds terrifying, especially if the future is uncertain. However, only embracing uncertainty and questioning traditions we can move forward. If we cling to the past, we become rigid and die a little every day because the world is constantly changing.

Freedom means not only the right to choose but also the need to take responsibility for our actions. Therefore, many people prefer to imagine that others choose for them, this way we can wash our hands, like Pontius Pilate. The problem is that letting others decide for us means living the life that others want, and not the one we like and makes us truly happy.

8. “People usually use false standards to measure. They look and admire power, success and wealth, but they underestimate the true values ​​of life”

The society advertises its image of happiness through values ​​such as wealth, career, success and power. However, these values ​​do not actually lead to true happiness and don’t report more than an immediate satisfaction, which quickly disappears. People at the end of their life don’t wish they had worked harder or accumulated more wealth, but would have enjoyed more their life spending more time with the beloved ones.

9. “People live the present with a certain naivety, without considering exactly its contents”

Our greatest treasure is the present, because the past exists only in our mind and the future is yet to come. However, we find it difficult to live the “here and now” because we’re too concerned about the future keeping ourselves busy berating the past. This naive view makes us lose our greatest gift: the ability to fully enjoy the present.

Our beliefs, stereotypes and constraints, sometimes prevent us from thinking clearly. In this way, we give the words or actions of those around us a completely wrong meaning, which is the result of our insecurities and fears. That incorrect meaning can cause major problems in the interpersonal relationships and could even upset some. Then, sometimes it’s not necessary to find a hidden meaning. When in doubt, just ask. Life is usually very simple, but we complicate it ourselves.