Home » Verbal Manipulation: When you hurt someone to control him

The language is one of the most powerful tools we have. With words we can get closer, understand each other, ask for help, receive comfort … But with words we can also distance, misinterpret, hurt ourselves …

Sometimes “Words force the understanding, throw everything into confusion, and lead mankind into vain and innumerable controversies and fallacies”, said Francis Bacon. Words can become a form of psychological abuse, more or less subtle and masked, in our relationships. However, verbal violence only generates dissatisfaction, frustration and, ultimately, submission.

The main problem is that it is not easy to detect verbal abuse. Sometimes it is difficult to distinguish a heated discussion in which things that should not be said were said from manipulation or abuse, so that we end up justifying the other or looking for justifications for our words.

On the other hand, violence and verbal manipulation encompass a wide range of attitudes that go beyond insults and threats. Many times verbal abuse occurs surreptitiously and, as it comes from those we love the most, it is difficult for us to recognize it.

5 forms of verbal manipulation in relationships

1. Retention, silence and indifference as weapons of control

Retention is a form of psychological abuse in which one person consistently refuses to share information with the other. That person resorts to the use of silence. Stops talking to someone as punishment and limits himself to the use of monosyllables and essential phrases. This is how he makes the other person feel guilty and give in to his demands.

When one of the two people does not share his ideas and feelings in a relationship, condemns the other to a kind of psychological ostracism, subjecting him to great pressure. The victim understands that something is wrong in the relationship, but is blind because the communication channels have been cut. In this way, is created a kind of cold war from which it is very difficult to get out without capitulating.

2. Blocking the dialogue, when the objective is to maintain the conflict

This verbal manipulation strategy consists of diverting attention from the main problem. The person is the one who decides which communication topics are appropriate and blocks those that considers most sensitive, usually because they undermine his position of power in the relationship.

In this way he ends up introducing an “elephant into the room”. Both are aware that there is a conflict, but this becomes a taboo, which the victim does not dare to touch because he fears the reaction of the other.

3. Trivialization, minimizing the inner world of the other

Disqualification is a verbal manipulation strategy in which the person invalidates the feelings or ideas of the other. It can be done through criticism or a joke, but its aim is to downplay the inner reality of the other or to make his thoughts, actions or feelings seem insignificant and trivial, so that they are not worthy of attention.

The person trivializes everything that his victim says or suggests, even denying him the emotional validation that we all need to feel reinforced. He can label him overly sensitive, childish, or inexperienced. Thus there comes a point where the victim questions himself and doubts his own opinions. In extreme cases, the victim will feel bad for thinking how he thinks or feeling what he feels. He will believe that there is something wrong or inappropriate in his reactions.

Denial is a very common strategy of verbal manipulation. It occurs when the person does not recognize that he has made a mistake, denies his bad behavior or the results of it. It is a rejection of individual responsibility and an outright refusal to accept the consequences of his actions, attitudes or words.

This person will always look for a way to justify and rationalize his behavior. The problem is that by denying his share of responsibility, the relationship comes to a standstill, so that the victim is forced to carry the weight of it, a weight that should be shared.

Manipulation and guilt are a strategy in which is made an attempt to transfer all responsibility to the other. There is not a denial but a direct accusation. The person will blame the other for all the conflicts and problems that exist in the relationship. In fact, it is also common for him to blame the other even for his own dissatisfactions and failures in life. In this way he manages to subdue his victim.

It is common for that person to use criticism as a weapon. He will continually criticize and judge his victim until he loses his confidence in himself and sinks his self-esteem. When the victim ends up feeling more vulnerable psychologically, he will end up accepting the guilt that are trying to put on him and will submit to the wishes of the other.

Being able to detect verbal manipulation is the first step in curbing it. That is why it is important to keep an eye on the small signs that indicate that the communication in a relationship is moving away from the assertive paths. An important warning sign is that discussions, far from solving problems, generate new conflicts and increase dissatisfaction. At that moment you have to stop and recap, because perhaps one of the two is using the conflict as a weapon to obtain secondary benefits in the relationship. 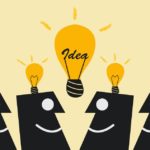 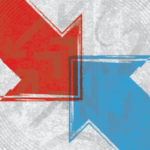 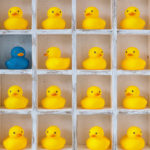