Home » An excess of optimism is harmful 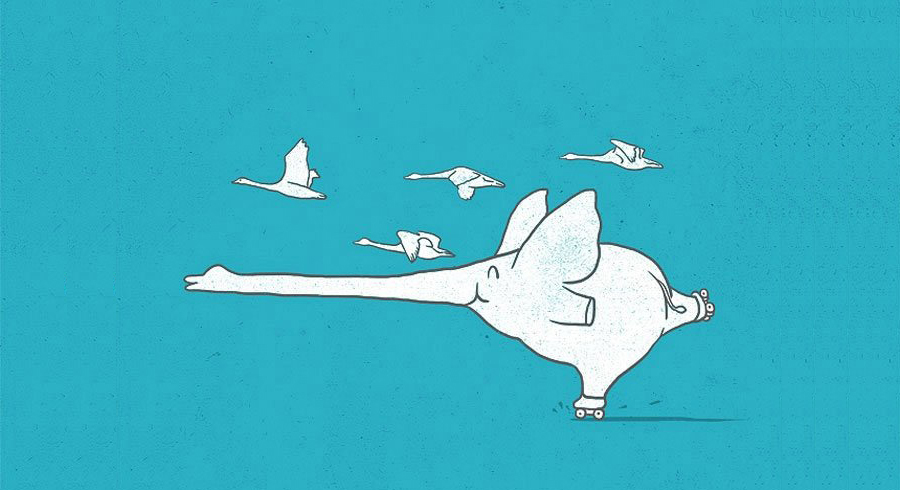 Hope as well as optimism present the image of a positive future. However, while hope imply having faith that we will get positive results, the excessive optimism implies it for granted. This kind of optimism develops when we let our emotions manipulate the statistics, to the point that our desire for something to happen far exceeds the real possibility that such a thing really happen.

We may think that the toxic optimism is a rare disorder, but it is not actually. In fact, it is the reason why many entrepreneurs fail. These people conceive an idea of ​​business and their enthusiasm is so great that they think of it as a brilliant idea with all the credentials to succeed. Led by the excessive optimism, they do not create a plan B for mergency and invest everything they have on this idea. Thus, when adversity comes, in front of mishaps and problems that always arise, sooner or later, by the way they don’t have a plan that covers their shoulders, they end up losing everything.

In fact, the problem is not that the idea is not brilliant, perhaps it is. The real problem is the excessive optimism, which leads them to take on too much risk, it doesn’t allow them to look at things objectively and prevents from developing a backup plan that takes into account the problems that might arise in reality.

Obviously, the excessive optimism is toxic, not only for economic activities, but also for our personal and professional lives. Compromising too fast in a relationship with a person we just met can cause us enormous emotional distress, for example.

In this regard it is particularly revealing of the Stockdale Paradox. James Stockdale was the US most famous prisoner of the Vietnam War. He remained imprisoned for eight years and was repeatedly tortured but survived.

While in captivity, Stockdale realized that the prisoners who were less likely to survive were the ones who fed an excess of optimism. These prisoners did not cease to repeat that by Christmas they should all come home. But after several years, seeing that nothing was changing, they were overwhelmed by depression.

On the contrary, prisoners who maintained hope, but at the same time were also more realistic and don’t tried to escape the situation, but accepted the horrors they were living with integrity, were the ones that survived.

The problem is that the naive optimism creates false expectations marked by hope and disappointment that, finally, ends up destroying the individual, under a physical and psychological point of view.

Optimism allows us maintain hope and fight for what we want, but the excessive optimism turns us careless and miserable people.

1. Lie to yourself. Feeding excessive optimism, regardless of reality, is like lying to yourself, but the worst thing is that you are not fully aware that you’re doing that.

2. Develop selective attention. Being overly optimistic will lead us to focus only on the things that we want to see. The excess of optimism will also make us misinterpret the warning signs, making us believe that all is well, and make us ignore the small problems that will continue to grow becoming insurmountable obstacles.

4. Do not have a plan B. In life, especially when we undertake important projects, it is essential to pay attention to unexpected changes to correct the course, and if necessary, implement the plan B. The toxic optimism prevents us even just to take into consideration this possibility, as if we bet everything we have on a single number, without taking into account that there is also the possibility of losing.

5. Develop unreal expectations. We organize a large part of our lives based on what we hope to achieve, which means we feed unrealistic expectations, we live in our minds, moving far away from reality. It’s like if we were repeating constantly to ourselves: “Why taking an umbrella if it won’t be raining?”

How to protect yourself from the excess of optimism without falling into pessimism?

When we think of optimism we always relate it to the metaphor of the glass. Being optimistic is equivalent to think that the glass is always half full, be pessimistic means thinking that is always half empty. Obviously, no one doubts the existence of the glass, the emphasis is always on the water level.

It ‘s also curious that in Western culture we tend to think that good things are always in greater quantity. However, it is also true that excess of joy can degenerate into sadness and emotional self-control can become a total lack of empathy. The extremes, even those classified as “positive”, can become a double edged sword.

In Taoism, since the events are not classified as good or bad, is promoted the balance between the extremes. In this philosophy it is believed that any extreme, negative or positive, doesn’t lead to happiness and, ultimately, it is harmful.

1. Figure out what really optimism is. Some people assume optimism as a denial. In fact, many of the personal growth gurus sell it as such. The mantra is: “You were wrong? Don’t worry, develop a positive thinking”. But, if we were wrong, we should look for the causes and learn from mistakes, not to repeat them again. The useful optimism is that which allows us to move forward, despite the negative things that happen to us, but being aware of these.

2. Practice the proactive optimism. Being optimistic is positive, dozens of studies have shown its benefits for our mental and physical health. However, wishing something without doing anything to obtain it will not make it happen. Therefore, it is important that optimism is accompanied by an action plan. If we want something, we must not stand still, we have to design a realistic plan to achieve it. Only then optimism will bear its fruits.

3. Sip a strategic negativity dose. Someone said, “plans the best and prepare for the worst”. Do not adopt a pessimistic attitude, but anticipates potential problems and find solutions, so as not to be obliged to give up on your dreams. The strategic negativism is to anticipate the problems and setbacks, as well as prevent them from becoming insurmountable obstacles.