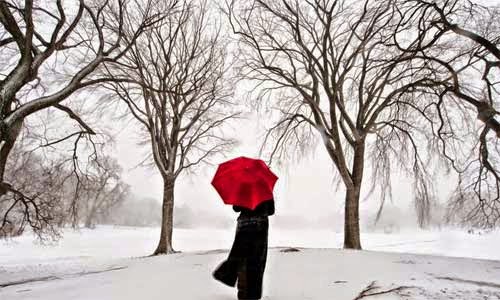 Probably you’ve heard sometime of the definition “old soul,” which is often used to refer to people who are different from the rest, usually because they show a maturity level well above the rest of their peers. These are people who may be smarter or that show a special sensitivity, intuitive people who seem to fit in their time.

What is the origin of this concept?

The fact is that, the origin of the definition “old soul” comes from Taoism, a Chinese philosophical and religious system that is more than 5,000 years old. Under this system, the soul leaves the Tao, which would be a global and natural unity, to acquire experiences. However, as in Taoism everything should return to its roots, on a journey of eternal return the ultimate goal of the soul is to return to the Tao, enriched with life experiences.

Thus, the soul would pass for 5 ages or stages, the greater is the age when the more perfection is achieved and higher is the levels of perception of the person. The old soul would be the last stage on earth. Those with an “old soul” have characteristics that differ from the rest: they are more spiritual and worried about finding their place in the world. Also they often perceive themselves as part of something much bigger, part of a whole that exceeds them. Furthermore, their main objective is to achieve inner satisfaction.

It is said that many psychotherapists, philosophers and artists, are really “old souls” as these are professions that tend to get their attention. These people like to learn by doing things, from their own experiences, and often challenge the order of things.

The 5 characteristics of an “old soul”

1. High degree of maturity. These people are very mature for their age, asks themselves questions in which their peers don’t even think and often reach very shrewd conclusions, showing a level of reasoning quite above the normal.

2. Enjoys the solitude and introspection. Persons who have an old soul often feel comfortable in solitude, they don’t need to be continually accompanied because their inner world is rich enough. They also tend to use the time to reflect, to find a larger meaning of life and to deepen what is happening around and within themselves.

3. Has a more spiritual sense of the existence. Although they’re very thoughtful people, old souls are moved by passion, like working on something they like and continually seek self-fulfillment. They’re able to appreciate the value of simple things and often overlook the material benefits. They can work hard to improve a skill and then leave it, because they often find pleasure in the journey, not in the goal.

4. Has a highly developed instinct. Old souls have excellent instincts and when guided by this, they often don’t fail. This is because they’re very observant and have a great ability to form in their mind full frames of the situations, images that for most people remain overlooked.

5. High level of empathy and sensitivity. These people are particularly empathetic, can easily take the place of others and understand them, even when no one else does. This is because they can see beyond the acts and understand the true motivations or the thinking of the other. They are able to forgive, to let go and advise without judgment.

Disadvantages of being an “old soul”

At first glance it may appear that is positive to be an old soul. However, this way of being, behaving and understanding the world carries also some “side effects”. The life of these people is not always a bed of roses.

– They feel that don’t fit with people of their age and are interested with different things and finds it difficult to share. So very often these people have older friends with whom they can talk about more complex issues. In fact, since they are children they prefer the company of adults.

– They experience a sense of disconnection with the world, which is because they don’t see many people who share their views and way of coping with life, especially in cultures where money and possessions are prioritized.

– They may have problems of self-esteem or even suffer depression as they tend to measure themselves with a very strict moral rod, and sometimes are tormented by their moral defects or errors.

Actually, there’s no such a concept of “old soul” in the field of psychology, although it is undeniable that there’re people who show a level of maturity much higher than expected for their age; they are classified as “early people” and excel the rest of their peers in intelligence and/or sensitivity.

The secret of this precocity has not yet been revealed, but many suggest that depends by a concatenation of factors that are certain characteristics of temperament and personality, an enabling socio-cultural context, a high degree of motivation and a superior level of intelligence and creativity.