Home » Snowflake Generation: People who get offended for everything 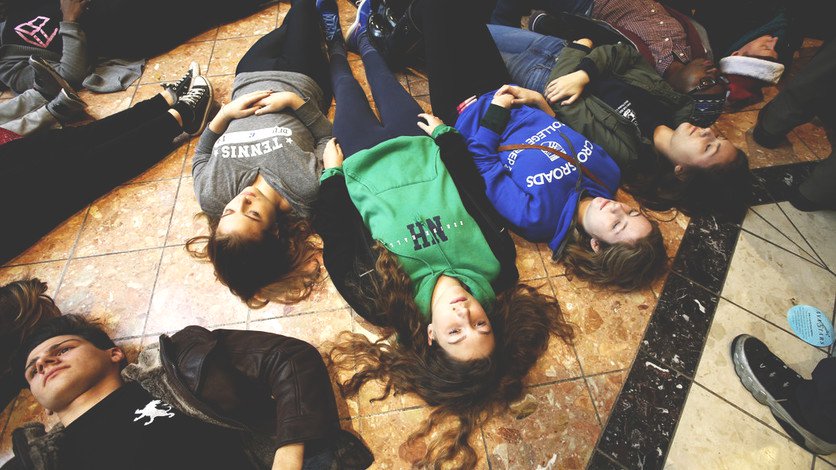 When we imagine a snowflake, we associate it with beauty and uniqueness, but also with its enormous vulnerability and fragility. These are just two of the distinguishing features of people who have reached adulthood in the early years of 2010. It is said that the “snowflake” generation is made up of people who are extremely sensitive to opinions that challenge their worldview and react with an excessive susceptibility to lighter complaints, with little resilience.

The alarm, so to speak, was given by some professors from Yale, Oxford and Cambridge, who noted that the new generation of students who attended their lessons was particularly susceptible, not tolerant to frustration and particularly inclined to “make a storm in teacup”.

Every generation reflects the society in which they lived

It is said that children look more like their generation than their parents. There is no doubt that in order to understand someone’s personality and behavior, it is impossible to avoid the relationship with parents during childhood and adolescence, but the fact remains that social norms and expectations play an important role in educational style and model some personality features. To use an analogy, we can say that society is the land where the seed is planted and grows, and parents are the gardeners who are responsible for making it grow.

This does not mean that all people forming a generation will respond to the same pattern, fortunately there are always individual differences. But we cannot deny that the different generations have characteristics goals, dreams and ways to behave that are the result of the circumstances in which they lived that in some cases would have been unthinkable in other generations.

Of course, the most important thing is not to apply labels, but understand what is behind this phenomenon, not to repeat the mistakes that have compromised vital skills such as emotional intelligence and resilience.

1. Hyperprotection. The extreme vulnerability and poor resilience of this generation originates in education. Generally speaking, children are educated by overprotective parents, willing to pave the way for them and solve every little problem. Consequently, these children did not have the opportunity to face the difficulties and conflicts of the real world and develop tolerance to frustration and resilience. We must not forget that some protection is needed because children grow in a safe environment, but when this prevents them from exploring the world and limit their potential, it becomes a malicious pattern.

2. Exaggerated perception of the “self”. Another feature that defines the education received by people of the “snowflake” generation, is that their parents have made them feel very special and unique. Of course, we are all unique, and it is not bad to be aware of it, but we must also remember that uniqueness does not give us special rights over others because we are all unique. The exaggerated perception of the “ego” can give rise to self-centeredness and the conviction that there is no need to strive too much because, in the end, we are special and we have guaranteed the success. When we realize that this is not the case and we have to work very hard to get what we want, we lose the benchmarks that have guided us so far. So we begin to consider the world hostile and threatening, assuming a victimistic attitude.

3. Insecurity and catastrophism. One of the most distinctive features of the “snowflake” generation is that it demands the creation of “safe spaces”. However, it is curious that these people have grown up in a particularly stable and secure environment with respect to their parents and grandparents, but instead of being confident and relaxed, they are afraid. Fear is caused by their lack of skills to face the world, the excessive overprotective education they have received and who has taught them to see a potential abuse in every action and exaggerate the negative events turning them into catastrophes. This leads them to close themselves in a glass bubble to create a confined space where they feel safe.

To better understand how the received education affects a child, it is important to note that children are looking for reference points in adults to work out many of the experiences they live. This means that a paranoid culture, which sees abuses and trauma behind every act and reacts with hyperprotection, actually generates traumatized children. The way adults deal with a particularly delicate situation for the child, such as a case of school abuse, can make a difference, creating a child who can impose himself and become resilient, or a child who becomes fearful and turns into a victim.

What is the result?

The result of a hyperprotective parenting style, which sees dangers everywhere and promotes an exaggerated perception of the “ego”, are people who do not have the skills to deal with the real world.

These people have not sufficiently developed the tolerance to frustration, so the slightest obstacle discourages them. Nor have they developed an adequate emotional intelligence, so they do not know how to deal with the negative emotions aroused by certain situations.

As a result, they become stiffer, feel offended by different opinions and prefer to create “safe spaces” where everything meets their expectations. These people are hypersensitive to criticisms, and in general terms to all those things that do not enter their worldview.

They are also more inclined to adopt the role of victim, considering that everybody is against them or wrong. In this way they develop an external locus of control, charge the responsibility on others rather than take charge of their own lives and change what they can.

The result is also that these people are much more vulnerable to developing mental disorders, from post-traumatic stress to anxiety and depression. In fact, it is not strange that the number of mood disorders increases year by year.