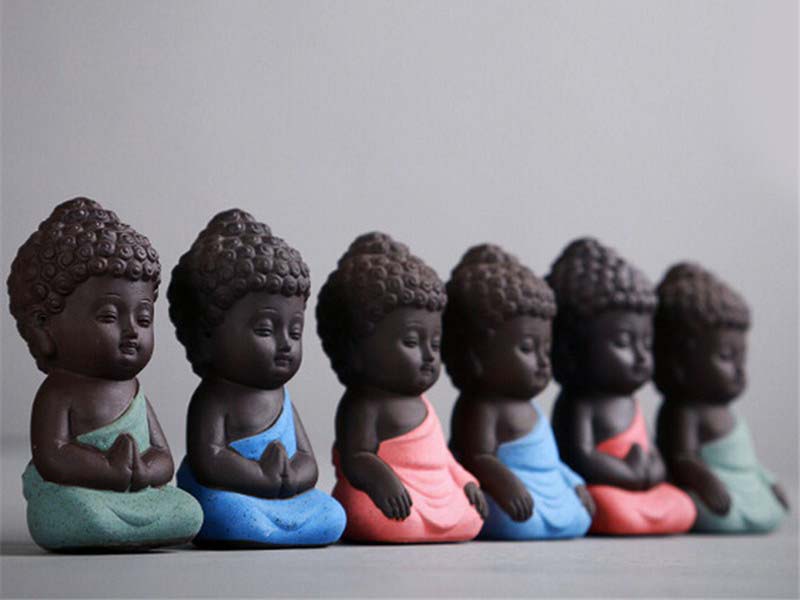 A Zen disciple, complained that he could not meditate: his thoughts prevented him. He was desperate, he did not know what to do, so he decided to tell his teacher to come up with a solution:

The teacher explained that this situation depended on him and that he must stop thinking about it.

However, the disciple was not satisfied with that response. He continued to lament that thoughts did not leave him alone and that his mind was confused. Every time he tried to concentrate, a train of thoughts and reflections, often useless and trivial, burst into his mind…

Then the teacher told him:

– All right. Grab that spoon and hold it in your hand. Now sit and meditate.

The disciple did not understand the purpose of that strange suggestion, but obeyed. After a while, when the teacher noticed that the young man felt very uncomfortable holding the spoon and could not meditate, he ordered him:

The student did so and the spoon fell to the ground. He looked at his teacher with stupor, not understanding what had happened. He asked him:

– Now tell me who was grabbing who? Did you grab the spoon, or did the spoon grab you?

Why do we cling to what hurts us?

In life, we often behave like the disciple of this story: we cling to things that affect us, and then we mourn because they hurt us. It can be a relationship that has become toxic, a job that represents a huge burden of stress and dissatisfaction, a harmful lifestyle or even an event of the past for which we feel guilty.

Those emotional burdens prevent us from moving forward, they are like adding salt to a wound, so that we prevent it from scarring. Generally we cling to situations that hurt us for fear of leaving our comfort zone, a space that may be uncomfortable but that is known. It involves choosing a “bearable” pain about the uncertainty that represents the unknown.

To keep ourselves in that comfort zone we invent excuses, often unconsciously. We decide to focus on the sporadic benefits that the situation still gives us, to which we attribute an inordinate importance that does not really compensate for the damage that is being done to us. In practice, we are blinded by the small benefits so as not to see the great damages and thus not have to make a decision.

We tell ourselves that we really are not that bad. That we have exaggerated. And so we keep clinging to what hurts us. To then return to the cycle of complaints. It is an unhealthy balance that we need to leave as soon as possible because, in the long run, not only our mental health will suffer but also the physical one.

How to close cycles and heal emotional wounds?

“I am not what happened to me, I am what I chose to be,” said Carl Gustav Jung. We do not have control over the things that happen to us, but we can decide how we react, what meaning we give them and what impact they will have on us.

We can take the reins and let go of what hurts us or just complain about our misfortunes, bad luck or incapacity, like the disciple of the story. Without ever realizing which part of the solution is in our hands.

One of the strategies to close harmful cycles is to realize that we are the ones who cling to those situations. For some reason, we do not let go of them but we go over them again and again. The funny thing is that the more we complain, the more dissatisfaction and damage these situations produce.

And the more we strive to erase those thoughts or memories from our mind, the more they become stronger because a mechanism of hyper vigilance is activated that leads us again and again to the contents we intend to eliminate. It is what in Psychology is known as “Rebound Effect“.

Therefore, radical acceptance is one of the most effective ways to heal wounds and stop hurting ourselves. Accepting is like dropping the spoon. When we accept something, we free ourselves from its influence because it implies that we are fully aware and that we are prepared to change. Accepting implies that we stop inventing excuses and lying to cling to what hurts us.

After all, who clings to whom? Did you cling to the problem, or did the problem cling to you?